President and chief executive officer of International Dairy Queen sees Indonesia as a lucrative market amidst the company’s market expansion in Asia. 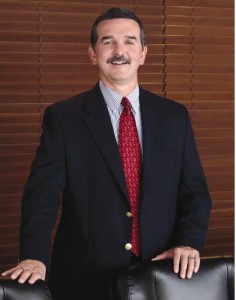 The US based Dairy Queen (DQ), a chain of soft serve and fast food restaurants, has since 1991 entered the Asian market and is now growing rapidly. “In fact, we just opened our 500th store in China this year. As for Indonesia, the country offers ample space to grow, as we are opening our first store in Bali this July. Our franchisee hopes to open 50 or more locations across Indonesia within the next five years,” John Gainor, president and CEO of IDQ says during a short visit to Jakarta.

Today DQ International stores represent over 1,000 of its total 6,200 units. With over 800 stores, the Asian market is surely the largest DQ region outside of North America. “We see Asia as our largest international growth area for the foreseeable future. In Indonesia, our franchisee has a long-term vision to grow the brand throughout the archipelago,” he asserts.

Gainor began his career with IDQ in September 2003 as chief supply chain officer for Unified Supply Chain, Inc., a subsidiary of IDQ. He was responsible for the management of all supply chain functions including purchasing, logistics, distribution, dairy, frozen novelties, equipment and supplies.

As he was climbing higher, on July 1, 2008 he became president and chief executive officer. With this current post, Gainor’s incumbency includes overseeing all the company’s 6,200 restaurants in the Dairy Queen, Orange Julius and Karmelkorn systems throughout the United States, Canada and 19 other countries.

Graduated from Ohio University with a Bachelor of Science in Communications, Gainor is married to Nancy and the couple are blessed with three grown sons.

As the head of household, Gainor has maintained outstanding family ties while making Eden Prairie, Minnesota their home. As the head of IDQ, his focus is centered on increasing the profitability of the company’s franchisees, re-investment and re-imaging of the DQ brand and unit growth around the world. “And Indonesia is one of the key markets that I see opportunity for continued growth,” he says concluding the interview.