It is not just the English language that has gone international, but the field of higher education along with it. Correspondingly, many universities abroad have a huge attraction for those looking to further their education.

Nevertheless, studying abroad is not cheap, especially at universities in the U.S. and Britain. But they are not the only destinations. 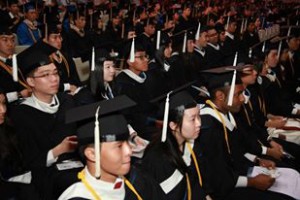 With the increasing globalization era that has opened the world of education wider, countries in Southeast Asian like Singapore and Malaysia have become world-class destinations. Many universities in these countries are just as competent as those in the U.S. and Britain. And yet, they offer more reasonable living costs and are conveniently close.

SIM Global Education, one of the Singapore’s leading tertiary institutions, offers various academic programs ranging from undergraduate to postgraduate and from certificate to diploma levels.

The school offers more than 50 overseas degree programs through partnership with internationally renowned universities and institutions from the U.S., the UK, Australia and Switzerland. Among them are University at Buffalo, University of Manchester, University of Birmingham, University of Sydney, RMIT University and International Hotel Management Institute (IMI). 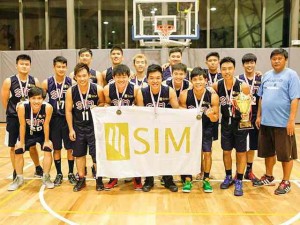 Currently, the school has an enrollment of over 19,000 students including 3,000 international students from 40 countries worldwide, 37 percent of whom are Indonesians.

SIM Global Education is part of Singapore Institute of Management (SIM). Founded in 1964, SIM is one of the oldest private institutions and now Singapore’s largest and most comprehensive provider of private tertiary education and professional training. SIM caters various programs to its members, ranging from undergraduate and graduate students to young school leavers and mid-career professionals.

SIM University is designed to cater the learning needs of working professionals offering a comprehensive range of disciplines. While, SIM Professional Development offers short-term programs and workshops for professionals and executives. The school also provides in-company training to its corporate clients.
It has been eight years since SIM moved its campus to Clementi. And SIM is now set to double its Clementi campus size. The $300 million SIM campus development master plan will be rolled out in two phases, expected to be completed by 2014. 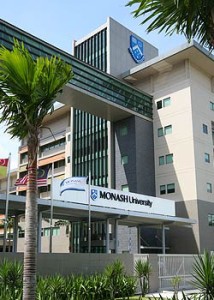 “The construction of the new facility is a response to the vigorous growth in SIM’s academic programs. Our programs have grown substantially in recent years. And we are now offering an even greater selection of courses from diverse subjects,” Kevin Mc Kelyey, resident director of SIM – University at Buffalo Programs, said.

Going to Malaysia, the presence of Australian branch campuses such as Monash University and Swinburne University of Technology has changed the face of the country’s education facilities. Malaysia has turned into an international hub for overseas study.

Having a partnership with the Sunway Group, Monash University, opened its first Malaysian campus at Bandar Sunway in Petaling Jaya in 1998.

More than 5,000 students representing dozens of nations are currently enrolled at Monash University in Malaysia. Also known as Sunway Campus, the university offers six schools; School of Business, School of Information Technology, School of Engineering, School of Arts and Social Sciences, School of Medicine and Health Sciences and School of Science.

Sunway Campus has earned “Excellent Achievement” in the Malaysian Higher Education Institutions Rating System (Setara). “It’s an indication of the university’s education quality,” Walter Wong, deputy president (academic), noted. “It’s a good rating reflecting we are among the top brands despite some improvements that are still needed.” 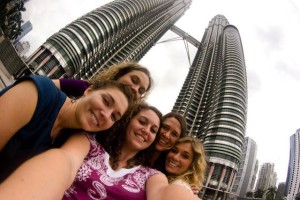 In the eastern Malaysia, Swinburne University of Technology (SUT) in partnership with the State Government of Sarawak has since 2000 offered foreign students from across the globe an alternative to studying in Melbourne, Australia.

Located in the Serawak’s capital city, Kuching, SUT Serawak is the home to more than 2,300 students from over 30 countries, making study abroad on this campus a truly diverse experience. Indonesia, China, India and Australia are among the majority of foreign students at the university.

Using English as the language of instruction, the courses and degree programs on the Sarawak campus are identical to those taught on the main campus in Melbourne, Australia.
SUT Serawak is equipped with the latest educational technologies and all subjects have a web presence in addition to face-to-face delivery by faculty. The curriculum and the courses offered are designed to prepare students to live and work in a world in which they are expected to engage in professional level as global citizen.

The affordable tuition of high quality tertiary education is one of the reasons why international students choose Malaysia to further their study. “It’s much more cost effective. And yet, the quality of education and living here is comparable to that in Australia. For another thing, Kuching is a fabulous place to live, work and study,” said Helmut Lueckenhausen, vice-chancellor and chief executive of SUT Serawak.

By Aulia Rachmat Sungkar. Published in The Jakarta Post on January 27, 2011.