With no previous experience and background in entertainment industry, David Hilman has successfully led his Cineplex business to capture the market rapidly within two years of operation. He shares with Aulia Rachmat the recipe for success. 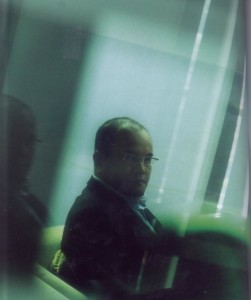 Having a chat with the Chief Executive Officer of Blitz Megaplex in a southern Jakarta’s fine-dining eatery put a relaxing evening in a jovial mood.

Rather laid-back in style, David is indeed an ambitious entrepreneur when it comes to innovating new ideas in the business sphere. Still in the mid-40s, David has achieved a success in taking the lead on running Blitz Megaplex despite the fact that he had no ‘know-how’ pertaining to the Cineplex industry.

Indeed, his background was in Information of Technology (IT) and engineering. He has gained the knowledge of science from his decade of staying in the United States during the late 70s and almost the entire 80s. While living in the U.S., he took advantage of studying several science subjects such as IT, industrial engineering and electrical engineering, in which later became a key to open his first career gate where he worked as a chip designer at Hewlett-Packard in Corvallis, Oregon.

And when he returned to Indonesia in 1989, David took a post as IT manager at Shell Companies in Jakarta. After only six months of his stint, he was relocated to Den Haag, Netherlands and London, England for 3 and 2 years, respectively. David was the first Indonesian to be assigned as an expatriate by Shell where his incumbency includes managing finance, IT and business development.

After all, the aspiring David took a path to entrepreneurship as he established a series of IT companies, and later sold the business in 2005 for an entry ticket to Cineplex industry.

When asked what have inspired him to switch the gear to entertainment business, David replied, “it’s better to enter a business with very few competitors yet it has a high entry barrier. Just like businesses of club, café and restaurant, IT business is easier to enter but at the same time the business is set for a tight market competition.”

Nevertheless, David reminisces the idea of embarking on an entertainment business at first was a coincident. “I was actually sort of dissatisfied with the fact that when I wanted to go to a cinema for blockbuster films, I was shackled by a long queue. Why can’t we have a cinema where people can buy the ticket on-line?”

Building a new Cineplex business was no easy task. Everybody said the cinema industry was a monopoly, so it’s impossible to get into the business. “It’s true in some ways, but I was so optimistic that we could enter the business,” David vents.

The most important aspect, he furthers, that one cannot grow the business by working alone. Without doubt, a one man show is not his business maneuver. In building Blitz Megaplex, David therefore partners with Ananda Siregar, Alex Kusuma and Anton Soetopo.

While David takes the lead as the CEO, David says that Ananda has significantly contributed his innovative ideas for designing and developing the concept of Blitz and his savvy in selecting the films. “Ananda and I were the ones who initiated the concept of Blitz and then the other two joined in. Both Alex and Anton are very sagacious at finding the location.

“None of us had experience in running a Cineplex industry even though we love the cinema realm. So, we hired some professionals like consultant and lawyer, as well as conducted a meticulous Research and Development (R&D;),” David explains.

“Throughout the year of developing the project, we found out that people like the name ‘Blitz’…and there we go…let’s name the business ‘Blitz.’ The name is catchy just like a flash and represents glamour. To us, it means ‘speed’ as we need to get into the market fast and rolled out into being a giant. That’s why we added ‘Mega’…and plex, as you can guess, is an abbreviation of Cineplex.” 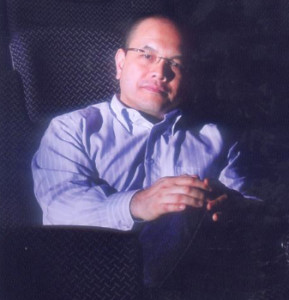 Happily married to Arletta Hilman, the father of a son and two daughters, respectively Nicholas, 13, Nadine, 4, and Nicole, 3; really enjoys playing squash. The Sultan Hotel (previously known as Hilton Hotel) is the venue where he usually plays.

During his free time, David likes to work on his cars collection. “I have few new cars, but I have the passion more for the old ones like those of Alfa Romeo and BMW. Alfa Romeo 1961 convertible, 1972 and 1974 coupes; and BMW 1973 coupe, M3 type 1982 and 5 series are among my most favourite collections.”

Travelling is another part of how he appreciates the art of living. He has visited dozens of countries from almost every continent except Africa and the Middle East. “But I’ve been to Turkey and I really like the food, the culture and the people. Exploring more places in the Middle East is my next travel plan. I especially want to visit Egypt owing to the country’s unforgettable history and its rich culture.”

David is really fond of Bali. “It is just like my second home. By the time you get off the plane, the island’s pleasant atmosphere really gives a warm welcome.”

His frequent travel has undoubtedly enhanced his view toward not only today’s globalization’s melting pot, but also the world’s film industries.

Compared with our neighbouring countries like Thailand and Singapore, Indonesia’s cinema business needs to catch the train in terms of number of screens and the venue’s ambience.
A cinema in Thailand or Singapore can have 15 to 20 screens. “We are indeed the pioneer and the concept of Blitz is going to that direction, which is having more screens and more innovative Cineplex atmosphere beyond the movie,” David says enthusiastically.

In terms of the quality of films, particularly when comparing with the Hollywood films, “We are absolutely nothing! Nevertheless, we are potential to be the next Bollywood. The Indonesian film industry has long been a sleeping giant, but I’m glad that it starts waking up,” David expresses his opinion while referring to the Gross Box Office (GBO) income figure from the local content films that has increased from 10 to nearly 50 per cent within the last two years.

“Well, look at Bollywood! It has already become a world-class film industry. There are many talented and skilled people in the Indonesia’s film industry. We just need to invest more time to educate them to produce better content and more innovative flicks.”

According to David, about 70 per cent of the local content films in countries like India and Korea contribute to the film industry while the rest are taken by Hollywood blockbuster hits like Spiderman and Indiana Jones. “Here is the other way around, particularly in the big cities; Hollywood films take up almost 70 per cent of the market.”

David says that low education is the main obstacle for Indonesian people to enjoy good quality of films. “There are so many lousy-grade soap operas and tawdry gossip programs on TV here. There are gossip programs on American TV, E-channel for instance, but the way they present the content is different; it’s more sophisticated!”

Pirated VCDs or/and DVDs have as well taken a big chunk of the film industry in Indonesia, but the market is still rosy. Notwithstanding the widely available high-quality pirated VCDs/DVDs in the market, the enjoyment is indisputably incomparable with being in a big hall with THX vibrant sound system. “Unless you have your own cinema at home as I know some people do, but most people don’t, David says.

Location is very important in building the cinema. Since first open its chain in Bandung of West Java in October 2006, Blitz has been targeting malls as the venue. “Particularly for the big city dwellers, we now live in a mall-oriented society. Due to the city’s bad traffic, people choose malls as a one stop destination to spend their leisure time from dining in and shopping to clubbing and watching film,” David asserts.

A mall needs to have a cinema to complement its facilities to the patrons. “However, what makes Blitz different is mainly due to the fact that we have many screens to offer so the customers have more choices in terms of films and playing times. And it also makes easier for Indonesian producers and/or independent film distributors to have their films played at Blitz,” David adds.

Providing an on-line ticket purchase service, Blitz Megaplex features an array of worldwide films in auditoriums having state of the art sound system and innovating seating. It’s a one-stop entertainment concept as the business offers other variety of facilities from café and family karaoke bar to game centers and a live performance stage

Blitz caters the service to variety of costumers; mainly the youngsters, first jobbers from middle to upper class society. “For those looking for the lush ambience, we have velvet class-the only one in Indonesia-where a patron can lay down on a bed with pillows during a film show. And the satin class; where a patron can relax in a reclining seat in the balcony,” David explains.

As there is an upscale eatery Brasas Argentinian Steakhouse situated next to the cinema in Pacific Place Mall, Jakarta; the new Blitz in Mall of Indonesia features an exclusive dining cinema where patrons can enjoy their meals while watching a film.

Asked if he wants to franchise the business, David replied, “If franchising the Blitz can make the business bigger, why not taking such opportunity? But to maintain our exquisite service, I have to find the right partner who not only has the passion for the business but can think outside the box.”