Setiawan Mardjuki is shaping up locals to become internationally minded human resources that will contribute to the growth of hospitality properties.

Indonesia has numerous resources and potential to advance its tourist sector, and Setiawan Mardjuki takes great delight in his role in the extensive development of the Tanjung Lesung Resort in Banten province. 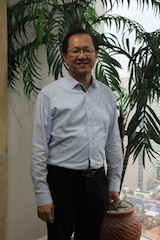 “We are building an integrated coastal tourist hub on 1,500 hectares of land. It’s five times bigger than Nusa Dua in Bali. The area’s unspoiled beaches, beautiful landscape, natural attractions and cultural wealth are what inspired us to start this project,” said the president director of PT Banten West Java Tourism Development, a subsidiary of PT Jababeka.

He added that despite the increasing number of skilled human resources in the hospitality and property sectors in Indonesia, Setiawan and his team had opted to utilize locals as a main source of the human capital that plays a crucial role in the business. Tapping the potential of tourism resources, like in Tanjung Lesung, he continued, should also include the economic empowerment of locals.

“So, we employ locals in various positions, from janitors to managers. Despite the rich value and wisdom of the local culture in Tanjung Lesung, I must admit that our primary challenge is how to encourage local people to understand and appreciate different cultures. We are in the hospitality and property business. We are not just developing premises; we are also engaged in the hospitality business targeting both local and international visitors. So, being friendly with a warm attitude is not enough. We want competent human resources that understand and are able to effectively deal with people from different cultures and countries,” he explained.

To produce such competent human resources, Setiawan said that his team regularly held training sessions to educate locals, covering various subjects, from an introduction to the hospitality industry through hotel management and English classes.

“We are creating an internationally minded team. We have trained many locals from scratch. As we are engaged in hospitality, we always emphasize to our employees the importance of understanding other cultures, as they will be interacting with visitors from different backgrounds, countries and with different characters. I’m glad that we have produced a significant number of local employees who are now showing their professionalism, which represents our businesses here in the area,” he asserted. 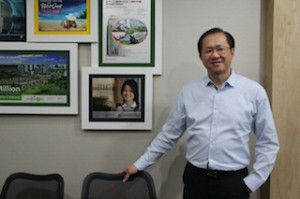 Upon his return from studying in the US, Setiawan joined a securities company. Despite his educational background in computer science and finance, his interest in property led him to change lanes.

Starting with his involvement in various housing projects in Jakarta, Setiawan later saw a potential career with Jababeka. “As a city developer, Jababeka has built a shining portfolio in developing various developments. Over time, the company’s vast experience led to success in drafting the concept for developing Tanjung Lesung. We began construction in 1997, with the first cottage completed a year later. Now, we have international standard hotels in the area, including the Kalicaa Villa Estate, the Tanjung Lesung Resort Hotel, the Blue Fish Hotel and the Sailing Club. There are approximately 250 rooms, as well as dozens of cottages and villas. The project is continuing, as we plan to develop up to 10,000 rooms in the whole area.”

Infrastructure is what the company also prioritizes in creating Tanjung Lesung as a tourist hub. More projects are under way, including building a private airport in the coastal area, and a direct highway to tourist sites. The local government also plans to build the Sunda Strait Bridge, which will connect Sumatra with Java, he further said.

Setiawan regards human resources as the most vital element in the business. Currently, he oversees some 200 staff, including outsourced employees, in four divisions: marketing, construction, finance and estates.

In addition to its role as a developer, PT Banten West Java Tourism Development also sells some of the units, such as villas and cottages, under a profit-share program. The company owns, manages and operates its property and investors’ property.

“Diligence is the secret ingredient to surviving in today’s tough competition in the property industry. And service excellence is the most important element in hospitality. To strive to beat the best in the property-hospitality business, we need competent human resources. So, we will keep on producing internationally minded locals that can contribute to our business, and economically empower others in the community,” he concluded.

President director of PT Banten West Java Tourism Development, a subsidiary of PT Jababeka (2008-present). Before that, he was a director at the same company (1994-2008). His past experience includes director for housing in Jakarta at PT Permada Binangun Jaya (1991-1994) and a director at securities company PT Harum Dana Sekuritas (1990-1993).

Holds a master’s in finance (1989) and a bachelor’s in computer science (1987), both from California State University, Long Beach, US.

I like golf, tennis and swimming. Golf is great for both fun and networking. Tennis is where I can engage in one-on-one competition. As for swimming, you can do it alone at any time.

In my travels, I often visit resorts. As for my favorite destinations, Hong Kong is a very dynamic metropolis. Shanghai is also fantastic. This newly developed city is indeed the next New York. It is also a new financial center, where Fortune 500 has already established a presence.

Even though I enjoy foreign fare, such as Japanese and Chinese food, Indonesian food suits my palate best. Siomay, gado gado and satay are dishes that most tickle my taste buds.

I like reading stories about Donald Trump. I greatly admire him for his diligence. He has experienced failure on a number of occasions, but it did not stop him from moving forward. He’s tough. And he’s now one of the world’s most successful property tycoons.

Text and photos by Aulia R. Sungkar. Published in The Jakarta Post on June 7, 2014.