Not just known as the K-pop hub, Seoul has the other side boasting its traditions

Speaking of South Korea, the first thing that comes to mind is K-pop phenomenon. Through its influence of soft power, South Korea has successfully introduced K-pop wave to the world, which then triggers the spread of other K-culture such as Korean skincare and fashion.

Synergy of Modernity and Traditionalism

One of the fascinating traits South Korean people hold dearly is they are proud of their culture. They prefer to eat local foods, use local products, and take pride in their nation, tradition and history. Thus, it perfectly reflects how Seoul, as South Korea’s capital, has the soul of modernity and traditionalism combined in each part of the city. Let’s take a look at the three tourist destinations that will bring you to Seoul’s other side. 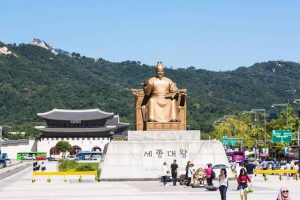 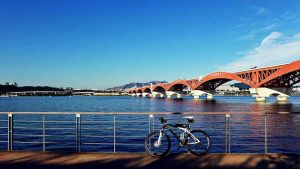 2. Han River
Han River is the iconic destination you must pay a visit to in South Korea, one that usually shows up as a background in many K-drama scenes. In Korean history, the Han River played a crucial role in the economy. Three Kingdoms in Korea competed to control the Han River basin, where the river was used as a trade route to China. Now that it is no longer actively used for ship navigation, the locals and tourists do some activities at the Han River and its surrounding areas, such as picnics, jogging, and camping. 3. Nasangol Hanok Village
One of the most anticipated and must-visit places for tourists is Nasangol Hanok Village. Located in Namsan Valley, Seoul, this village has the nuance that flies you back to the ancient Korean era with its traditional housings. You can live, eat, and act like a local there, even wearing hanbok, conventional two-piece clothing worn in Korea. This popular tourist destination is free of charge, for both domestic and foreign tourists.

IMPORTANT THINGS TO kNOW:
• Mobile phones can be rented from major telecom companies such as LG, SK, and KT in the arrivals lobby at Incheon and Gimpo International Airports. You must show your password and credit card payment is the preferred payment method for renting a mobile phone.
• Tipping is not a Korean custom. Thus, many service providers like taxi drivers do not expect tips. However, they do appreciate it if you let them keep the change.
• Korean tap water is safe to drink.
• Korean people are nationalists. You will often hear them praising their country during the conversation.
• Korean people are well known as hard-working folks. Do not be surprised when you find them working until late at night.