Joy, happiness and a sense of accomplishment usually greet parents the first time they hold their newborn. This is the dawn where the parents’ dreams and expectations start for their child’s future. Moments of pondering if their child can master foreign languages, science and computer skills. Or develop musical and art talents as well as actively engage in sports.

Such dreams can be achieved through education. However, schooling is high cost nowadays, and sending a child to a good school means a big expense since the education process of becoming a doctor may take as long as 17 years from when the child first enters kindergarten. Correspondingly, a number of banks and insurance companies offer various kinds of savings programs to help parents manage their children’s education fund.

There are many ways to save money. However, if something unexpectedly happens to a parent that negatively affects the family’s savings or income, then there is a possibility that the funds for the child’s education will be at risk. At the worst, the child will lose the opportunity for a good education.

Depending on what type of school children might want to enroll in and the level of the parents’ income, life insurance can be a helpful tool to create a lump sum to cover a child’s education expenses. 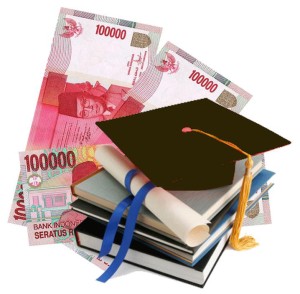 AXA Life Indonesia, through its program Star Student, has put more choices on the table as a financial institution preparing children’s future educational needs. “The program helps parents save some of their income to get their children on the right track to an education. Depending on the package agreement, we can help arrange children’s education funds, starting from kindergarten to a master’s degree program,” Dian Firlia, an AXA Life officer, explained.

In regards to education funds, financial consultant Ahmad Gozali said that both bank savings and insurance products basically have the same function, which is to prepare for children’s educational financial needs, particularly when they go to institutions of higher learning such as university and college.

It is hard to say which method is better, building funds through an insurance policy or bank savings. Gozali said it all depended on a customer’s needs. Unlike bank accounts, life insurance customers are usually unable to withdraw funds until after a number of years of paying premiums. Funds usually build up with accumulated interest. At some point, parents can stop worrying about their children’s education expenses. On the other hand, some parents might have a retire plan during which their children can enjoy schooling with the funds saved through a bank or insurance program.

Cost is a substantial issue for parents when deciding which program best suits their needs. A few years prior to a child graduating from high school, parents with funds built up through either an insurance policy or bank savings should be able to estimate the amount needed for their children’s higher education. University tuition and fees, books, accommodation and living costs are among the most important aspects to be considered. 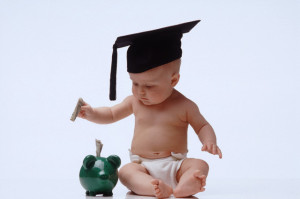 State universities are a great advantage on cost compared to private universities. Nevertheless, in preparing their children to compete in the era of globalization, some parents prefer to send their children abroad to study, where total expenses required can reach up to US$100,000 before parents see their child get a bachelor’s degree from a reputable university abroad, such as in the U.S. or Australia.

Rachman, who was one of the nine public figures invited to attend the event planned when U.S. President George W. Bush visited Bogor, emphasized the importance of instilling an awareness for the need for a good education in the community. “Such as the awareness that Indonesia needs to learn from the United States. In spite of some media claims that Indonesia politically acquiesces to Uncle Sam, Indonesia must get on the train by learning from more global education systems, like those implemented in modern countries such as the United States and Australia.”

He further elaborated on western communities’ awareness of the need to save money for retirement and education, which should be emulated in developing countries like Indonesia. “Through systematic saving models such as financial aids and student loans, many high school graduates in the U.S. can enroll in their favorite universities or colleges in spite of the country’s high cost of education.”

In Indonesia, particularly in big cities like Jakarta and Surabaya, children’s educational plan programs at banks and insurance companies are starting to attract customers. The insurance industry is booming as a result. This is a significant step toward positive change in Indonesia, a gradual instilling of the awareness for the need for a good education.