The consumer spending from emerging affluent segment in Indonesia has staggeringly increased from US$0.8 million in 2000 to US$30.2 million in 2010. “That’s a 37-fold increase!” Sajid exclaims excitingly.

The top three categories of spending in this segment are food and beverages, personal needs and household needs, respectively.

To cater these needs, banks outdo each other presenting customized banking products and services to their affluent customers. And in response to the increasing demand of more sophisticatedly customized services in this segment, Standard Chartered Indonesia has recently launched Preferred Banking Services. 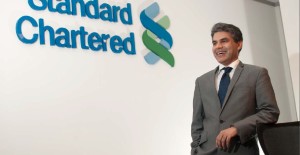 “Preferred Banking is part of our aggressive growth plans in Indonesia, and our commitment to addressing the financial needs of affluent individuals,” Sajid explains.

Research shows the emerging affluent segment in Asia has increased at a compound rate of 20 percent since 2009. And young, upwardly mobile executives, professionals, couples and families dominate the segment.

A recent survey from Standard Chartered indicates most affluent segment customers opting for Preferred Banking offering will expect to benefit from such services as faster rewards earning, privileges, first class facilities, consultancy from skilled relationship manager to help them with their financial management, mobile banking convenience and advices on property investment.

With the 24-hour access to Preferred Banking service line, preferred customers can enjoy the bank’s strong remote banking platform as well as a full range of transaction conveniences, Sajid adds.

“We don’t want just to sell products, but solutions. We tailor the needs of our customers through our customized products for their financial solutions. This way we can create a long lasting customer relationship,” Sajid affirms.

For high net worth individuals, he advises that the solutions can go as far as providing wealth management and investment products ranging from bonds and mutual funds to bancassurance and forex products.

“All of these products are packaged under Priority Banking. We again don’t just sell these products to high net worth customers. We provide them with advisory services. And based on their risk appetite, we would give them recommendation of which products fit their financial needs,” explains Sajid, who has more than 12 years of retail and consumer banking under his belt. 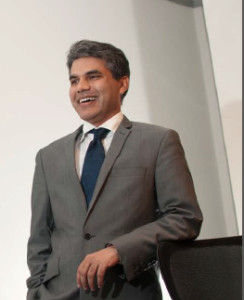 The Bangladesish Sajid joined Standard Chartered Indonesia in May 2010. As the country head of consumer banking, he is in charge of strategic development and management of the bank’s consumer banking business across the archipelago.

He started his first career with Standard Chartered in 1998 in Bangladesh as head of direct banking, and subsequently took a number of senior positions in the bank including head of retail banking products and head of consumer banking.

With high dedication, he stepped up further with the launch of wealth management products. And under his leadership, Sajid succeeded in evolving Standard Chartered Bangladesh into becoming the largest consumer banking in the country.

Along with his career advancement, Sajid in 2006 took a stint as regional head of consumer banking in West Africa. The stint also included overseeing consumer banking business in six countries, namely Nigeria, Ghana, Gambia, Sierre Leone, Cote d’Ivore and Cameroon. His savvy in banking allowed him to make a striking contribution that led to the opening of more branches in West Africa.

Holder of bachelor’s and master’s degrees in marketing from University of Dhaka, Bangladesh, Sajid is married and blessed with 15-month-old son. Now that the family is in Jakarta, so weekends for Sajid means spending precious time with his wife and son.

Jogging is his main exercise that he tries his best to do in the regular basis. During his leisure, golfing is what he is keen to treasure with Pantai Indah Kapuk Golf being his favorite golf course.

“I’m very excited to take my current post in Indonesia because in the banking industry, specifically in the consumer banking sector where I’m currently involved, Indonesia offers huge opportunities for years to come. Indonesia is still in early stage of big journey. The country’s banking industry has gone some way in the journey, but still a long way to go,” Sajid says.

In comparison with banking sector in Bangladesh and West Africa, Sajid nevertheless admits that Indonesia is far ahead, particularly in technology implementation.

Asked how confident he is in taking his current post, Sajid replies, “Looking at Indonesia’s stronger purchasing power and gross domestic product, why shouldn’t I be confident?”

‘The growth from the group is indeed conducive to the development of Standard Chartered banks worldwide. Standard Chartered Bank Indonesia, since its presence 148 years ago, had opened 13 branches as of January 2010. And the bank has outstandingly increased the number of branches to 26 spread across the archipelago,” he says proudly.