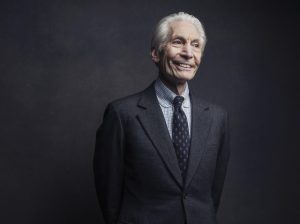 Charlie Watts, the Rolling Stones drummer who has been with the band since 1962, passed away peacefully at the age of 80, Tuesday, Aug. 24 in a London hospital.

“It is with immense sadness that we announce the death of our beloved Charlie Watts,” a statement said.

Tributes have come from stars, including The Beatles’ Paul McCartney and Ringo Starr, as well as Elton John.

“We always love you, Charlie. My condolences and sympathy to his family,” Paul said.

Charlie was a cherished husband, father and grandfather. And, this legendary drummer was the heartbeat of the Rolling Stones. The greatest rock and roll band in the world will not be the same without the presence of Charlie. No doubt about it. (WP)