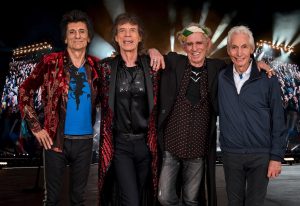 The Rolling Stones on July 22, Thursday, announced that the band would be back on the road with rescheduled “No Filter Tour.” The tour was put off in 2020 due to the COVID-19 pandemic, but the greatest rock and roll band of all time will hold a 13-date US fall tour, beginning in St. Louis on Sept. 26 and wrapping up in Austin on Nov. 20.

“I’m so excited to get back on the stage again and want to thank everyone for their patience,” singer Mick Jagger said in a statement announcing the dates. The Stones last performed in front of a live audience on Aug. 30, 2019, in Miami.

The tour will now include the band’s first performances at a pair of new venues: Las Vegas’ Allegiant Stadium and Los Angeles’ SoFi Stadium. They will also appear at the New Orleans Jazz and Heritage Festival for the first time. Presales for these three dates will begin on July 28 for subscribers of the Stones’ mailing list.

“Regrettably, previously scheduled [2020 tour] dates for Vancouver, Louisville, Cleveland and Buffalo were unable to be rescheduled,” notes a press release. “Ticketholders in these markets will be contacted by Ticketmaster directly with more information. Where feasible, a priority offer for ticketholders will be available for nearby shows.” (WP) 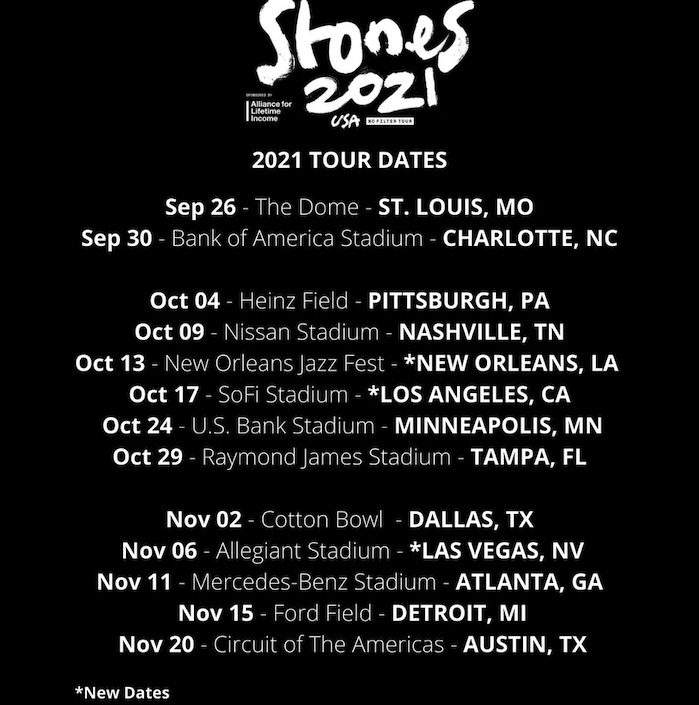