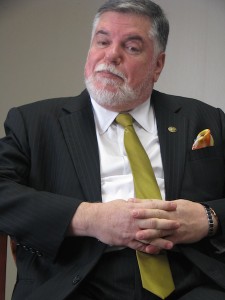 Traditionally a farming country, the Republic of Ecuador has been experiencing the economic growth after the discovery of oil in the 1960s. And despite being a small country, the fifth largest oil producer in South America has many faces to offer to visitors worldwide.

Ecuador gained its independence from Spain on August 10, 1809. As the world witnesses the 200th anniversary of the South America’s tiny but oil-rich nation, Ecuador is looking forward to a bilateral cooperation with Indonesia in oil and gas sector.

Ecuadorian state-owned oil company Petroecuador, and Indonesian state-owned oil company Pertamina recently signed an agreement in Quito. “The agreement is a call for a joint study of exploring opportunities of oil production in Ecuador. And I’m very convinced that the help of Indonesia as the Southeast’s largest nation and also oil producer is potential to increase the oil production in Ecuador,” Rodrigo Yepes Enriquez, the Ambassador of Ecuador to Indonesia, told The Jakarta Globe in an interview at his office in Jakarta.

Enriquez furthermore said that it would be great if the agreement could lead to realization, as there is huge potential for both countries to take advantage of oil and gas resources in Ecuador. “We currently produce about 500 thousand barrel of oil per day. But I’m very optimistic that our oil production can reach as much as 1 million barrel per day by next year, especially if Pertamina takes part in our production process. At the same time, we are exploring and exploiting our gas resources, too.”

Despite the fact that oil is Ecuador’s main export product and revenue, Ecuador is also the world’s largest supplier of flavor cocoa. “In fact, cocoa is our oldest export product. And we are also the world’s first exporter of bananas. Many people are not aware that three out of ten bananas worldwide come from Ecuador,” Enriquez explained. 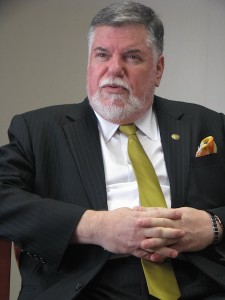 “Despite being far away, the relations between Indonesia and Ecuador are excellent. Trade between the two countries has drastically increased over the last five years. Indeed, Indonesia is very important for Ecuador,” he remarked. “Nevertheless, there is lack of awareness about each of us. So, it is important for the two countries to promote each other, not only for business but also tourism.”

Once a part of the South America’s Inca Empire, Ecuador has transformed into a modern country that preserves its cultural diversity.

It is amazing how Ecuador has for centuries preserved its thirteen indigenous nationalities and dozens of settlements in ways that these people maintain their ancestral traditions, clothing, language and rituals.

Ecuador’s strategic location is indeed ideal for both business and leisure. The country’s three respectively largest cities, Guayaquil, Quito and Cuenca have opened their door to commercial and cultural exchange.

Being the country’s largest city, Guayaquil is known for its modern structure along with the implementation of cutting-edge technology in the city. Quito, the capital city, has amazingly preserved its Baroque style yet the city keeps up with the modernity. Situated in the highlands, Cuenca offers magical surroundings. UNESCO named Cuenca as the World Heritage Site owing to the city’s historical buildings.

The presence of a number of modern shopping malls, art galleries, museums and theaters in the three cities has contributed to splendid outdoor activities and nightlife. “But if you are keen on an eco-tourism travel, you should visit places such as Andean peaks, tropical rainforests and the volcanic Galapagos Islands. These places have made Ecuador become a distinctive tourist destination in South America, “Enriquez added.

Taking the eco-tour in Amazon is another interesting activity for many tourists. “The Amazon jungle will reveal you a secret where Zapara people have manifested in their language, rites and mythology and traditional medicine,” the ambassador further explained.

Also declared as World Heritage Site by UNESCO, Galapagos Islands are beautifully situated around the equator in the Pacific Ocean, around 900 km west of continental Ecuador. The islands are the home to animals and birds of endemic species, the ones were studied by Charles Darwin and whose evolutionary had shaped his theories.

What is so interesting about Ecuador is that the country uses U.S. dollars as a medium of exchange, facilitating the easiness for tourists visiting the country. “And no visa needed for tourists from the United States and most parts of Europe and Asia, including Indonesia,” the Ambassador concluded.

By Aulia Rachmat Sungkar, published in The Jakarta Globe, August 10, 2009.