Having a relaxing talk with Reshi and Nara on the upper-level terrace at Arthayasa Stables really spices up the country taste on the warmth of Sunday morning. “Hey, look at that boy over there!” Nara exclaims. “He’s doing dressage. It’s a fundamental training to perform horse riding,” Reshi explains. 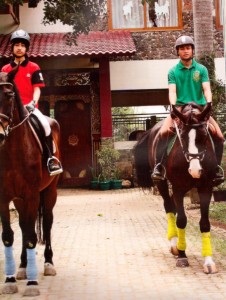 “I first joined dressage competition when I was six. I had mixed emotion since it was my first horse riding competition…and I was the smallest kid among other participants,” Nara reminisces.

Asked if Reshi has similar experience, Nara’s older brother replies, “Yeah, kind of. I was ten years old when marking my first record. I was ranked third in Indonesia during the 2003 World Dressage Challenge for Children that took place here at Arthayasa; but they didn’t count me in group since I was considered too young to participate in the group, of which consisted of countries from Southeast Asia and India.”

Reshi says that he was happy to earn the third place and wasn’t disappointed for the disqualification. To him, it was a motivation to get a grip on hoofing toward achieving better accomplishment. He did it, though. Two years after, Reshi joined the same competition. The 2005 World Dressage Challenge for Children in Cijanggel, Bandung of West Java climbed him to the peak. Not only did he win the first place in Indonesia, but Reshi finally triumphed in the group where he competed with other equestrians from neighbouring countries such as Singapore, Malaysia, Thailand, India and Malaysia.

Both Reshi and Nara have hitherto participated in an array of world-class competitions from dressage to indoor show and horse jumping challenges in Singapore, Malaysia, the Netherlands, and of course, Indonesia.

Last November 2008 World Jumping Challenge during Gading Annversary Show witnessed what Reshi remarks to be their thus far best achievement. “I got the first place in 120 cm class.” Likewise, his younger brother won the first place in 50-70 cm class and the third in 70-90 cm during the show. Nevertheless, Nara says his great accomplishment was when winning the second place in 75-95 cm class during an international competition in Parompong, Bandung. “It’s my best achievement so far, though I lost to my brother during the Parompong competition.” 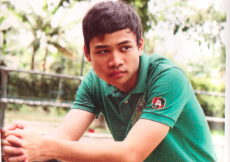 Started from pony ride exercise at the ages of 3 and 4, respectively, both the 15-year-old Reshi and the 13-year-old Nara are not only born with an innate love of horses but the sons of eminent Indonesian equestrian Rafiq Radinal have grown up surrounded by these riding animals. It is not a surprise, therefore, that their father has implanted them the importance of horse riding since early age.

“Our father is an inspiration for us,” the students of Sekolah Cita Buana say proudly. Situated in south part of Cinere, the Arthayasa Stables that belongs to their father is now housing dozens of horses including some owned by the club members. “And we both were born and raised here,” Nara adds. 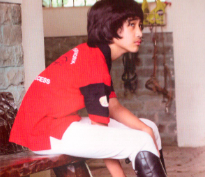 Being the most prestigious equestrian center and country club, Arthayasa Stables is without doubt the home for both Reshi and Nara. “We have learnt that horse riding has the great potential to enhance our characters; self-confidence, patience, focus and courage, just to name a few,” Reshi explains. “And growing up here has got myself to understand the psychology of the horse. More importantly, how to take a good care of ours,” Nara adds

Speaking of the psychology, Reshi furthers saying that horse in general doesn’t disobey even though it often takes a great amount of effort to tame this animal. “For better or for worse; it is important to note when training your horse. While you watch the horse closely, don’t get shocked on how subtle an accidental training can be.”

Reshi recalls the moment when he was still in his training on the lungeing. He started to lunge a young horse at the age of six. “After five times trying to ride on it, I fell off. This really made me quit the practice for a year.” Laugh at his brother expression, Nara asserts, “This is quite common accident in horse riding.”

The Grade 10 Reshi and the Grade 8 Nara admit that sports is in their blood. “Particularly when it comes to riding horse,” Reshi avers, while her brother nodding. It is understood, therefore, that both came up with the same answer when asked what their most favourite subject at school. “It’s physical education (PE)!” the Radinal juniors exclaim, citing basketball and soccer are among sports activities they like to play at their leisure. 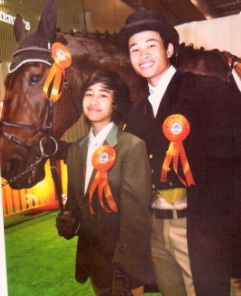 Notwithstanding other sports activities they are into, the young equestrians confide that nothing can beat their affection to horse riding. But their life is as well coloured with other elements of how they live their everyday life. Nara says that art is his favourite subject after PE. While showing his semi-abstract picture in his white T-shirt, he tries to analyze the picture. “It’s hard to tell what picture this is from distance. But if you come closer and see from the left side, then you realize it’s the picture of a dog. It’s an artistically themed dog where my shirt is its cage.”

Meanwhile, Reshi is also a musician. Together with his school mates, he forms a band where he plays guitar, of which they named the band, ‘Stellar.’ We sometimes perform at parties or school events. I like playing guitar and bass, though I favour the former.”

Reshi, who is good at Math, also appreciates art. “We live in a colourful world where art has become the spice of our life. Art is the colour, just like my favourite one, blue.” Reshi refers to his most favourite colour that has inspired him to seek his future dream of becoming a world-class horse rider.

Wearing green riding outfit, Reshi enthuses, “I want to be a world-class professional horse show jumper. Blue is the colour of sky where the sky is the limit. So, I really want to achieve that limit in pursuing my dream. In other words, I want to go international.”

Pointing at his brother, Nara says, “I like that colour, green…and red as well. While green symbolizes the colour of the leaves on tree, red illustrates the fruit being borne. I hope that my achievements and frequent practices will reach the fruition of becoming a world-class renowned equestrian.”