Influenced from many aspects of life, from art and politics to science and religion, artists from renaissance era did not just throw their imaginary talent onto canvas but a convincing appearance of reality. 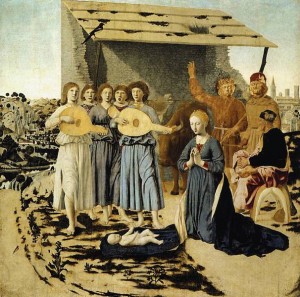 The word “renaissance” is identical with the cultural movement spanned roughly from the14th to 17th century beginning in Florence in the late Middle Ages and later spread to the rest of Europe. It is derived from a French word, literally means revival or rebirth after the everlasting war and killing plague. The era also heralded a movement encompassing art, politics, science, religion and many other important aspects of life, marking the end of the middle ages in Europe and the assimilation of other cultures into Europe, particularly Middle Eastern and Greece. 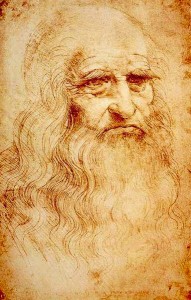 One distinct feature in art during the Renaissance era is realistic depiction. Artists were developing a highly realistic linear perspective in paintings and the study of light and shadows introduced a sense of realism.

It was closely followed by the study of human anatomy for an accurate portrayal in which Leonardo da Vinci is famous for. The ceiling of Sistine Chapel in Apostolic Palace, Vatican City, serves as the canvas for paintings done by Michelangelo. Meanwhile, the worldly renowned masterpiece Mona Lisa and the iconic Vitruvian Man by Leonardo da Vinci eternalize the artist’s name who is also known as an inventor, sculptor, scientist—dubbed as The Renaissance Man. 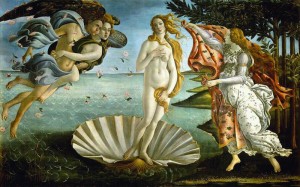 Along with Botticelli’s masterpieces such as Birth of Venus, artists up to this day have been searching out for more ideas for their works in order to learn how to paint in Renaissance style.

Another point in characterizing Renaissance paintings is Christian and Bible imagery, often in large scale and frequently cycles painted in fresco such as the Life of Christ, the Life of the Virgin Mary or the Life of A Saint. Apart from large altarpieces, small devotional pictures were produced in very large numbers, both for churches and for private individuals. The most common theme is the Madonna and Child. 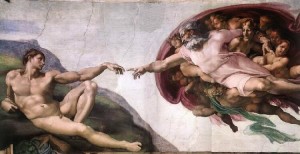 Portraiture became common during the 15th century, often formalised profile portraits but increasingly three-quarter face and bust-length portraits. It was also common to include patrons of art works such as altarpieces and fresco cycles, and the renowned example are those of the Sassetti and Medici families in Ghirlandaio’s cycle in the Sassetti Chapel. Portraiture was also a major subject for High Renaissance painters such as Raphael and Titian, continued into the Mannerist period in works of artists such as Bronzino. 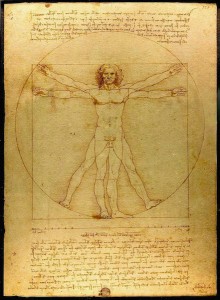 Artists turned to classical themes along with the growth of humanism, especially to fulfill commissions resulted from the decoration of the homes of wealthy patrons, the best known being Botticelli’s Birth of Venus for the Medici. Classical themes were also seen as providing suitable allegorical material for civic commissions, increasingly. Humanism also influenced the manner in which religious themes were depicted, notably on Michelangelo’s Ceiling of the Sistine Chapel.

Other motifs were drawn from contemporary life, sometimes with allegorical meaning, sometimes purely decorative. Incidents important to a particular family might be recorded such as those in the Camera degli Sposi that Mantegna painted for the Gonzaga family at Mantua. Increasingly, still life and decorative scenes depicting the reality reflected some of the paintings in that era, such as the Concert by Lorenzo Costa of about 1490.

This handmade oil painting depicts two singers and one guitar player, who might had been real people. Currently displayed in National Gallery London, the Concert is one of a series of panels decorating a music room. Many artists in the 15th century were interested in expressing the life of musicians and singers. One great example is Nativity by Piero della Francesca. Also kept in National Galley London, this masterpiece pictures five angels singing welcoming the birth of Jesus Christ.

By Aulia R. Sungkar. Published in the 10th edition of PMR Magazine S’pore, 2011.