Indonesia’s first contemporary art museum — the Museum of Modern and Contemporary Art in Nusantara (MACAN) — opens this month, and its inauguration signals a new wave of appreciation for art. “There’s been an emergence of artists and collectors,” says Deborah Iskandar, founder of ISA Art Advisory, a Jakarta-based consultancy firm. 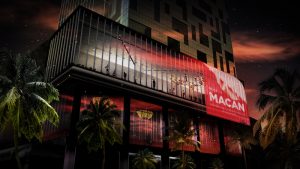 “Contemporary artists like Arin Dwihartanto, Sinta Tantra and Naufal Abshar have gained recognition. Their artworks carry Western sensibilities, putting them on a par with their international counterparts.” In auctions, the works of Nyoman Masriadi have fetched over US$1 million — a first for a Southeast Asian artist. With excitement surrounding the art scene and museum opening, we sit down with Aaron Seeto, director of MACAN, for a chat.

What can visitors expect in the inaugural exhibition?
The exhibition, titled “Art Turns. World Turns.” will feature 90 artworks from the museum’s collection. There will also be artist talks and tours.

How big is the museum’s collection?

MACAN houses over 800 works by local and international artists. These include masterpieces by Raden Saleh, Aff andi, Andy Warhol and Jeff Koons.

Is there a feature that makes MACAN stand out?

The Sculpture Garden, which houses large-scale sculptures like Hulk by Jeff Koons and Infi nity Mirrored Room by Yayoi Kusama, is one to check out.