When executives identify admirable leaders, they often underestimate their struggle with certain elements of their personality. In truth, the majority of effective leaders even “naturals” like Richard Branson or PepsiCo’s Indra Nooyi had to work hard to manage their personality traits to get where they are today. 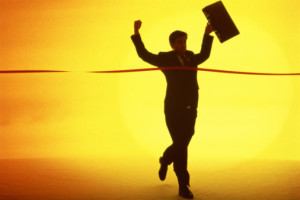 There are countless personality traits that distinguish us from one another, some inherited while others are learned. But recent research has converged toward five broad dimensions, each comprising a cluster of traits, dubbed the “Big Five”. Unfortunately, the traits that serve executives well in one leadership position do not always help in another. When moving up the hierarchy into new roles or environments, executives may need to either play up or rein in different facets of their personality.

The Big Five: How much is too much?

Leaders at all levels are under intense pressure to push harder and to go faster. The higher they go, the greater their influence and the more they are scrutinized, so self-management of personality traits becomes essential to their success. We outline below the leadership pitfalls that every executive should be aware of regarding the Big Five personality dimensions.

Emotional stability can be a valuable asset for executives, helping them to cope with stress, setbacks and uncertainty. Being composed can communicate professionalism, but being too composed can peg an executive as emotionally flat, overly confident, or lacking a sense of urgency.

However, being too fiery or impatient can lead to the opposite result. The simplest method to avoiding overreaction is to verbalize negative emotions to others. Sometimes executives worry that verbalizing emotion will make them appear weak, when in fact it conveys confidence. 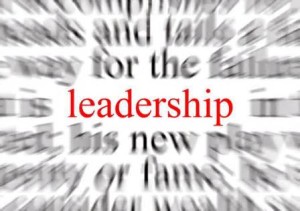 Extraversion can be advantageous in leadership, but can have negative effects too. High scores on the extraversion dimension can trigger perceptions that the executive is too domineering or that he or she does not listen well. Similarly, executives with high energy levels can raise the energy of others and inspire them, but it can also prove wearing for introverts. Leaders with extraversion tendencies need to be aware that their disposition is likely to create tensions with their introverted colleagues who often find extraverts draining.

Conversely, executives who are highly introverted often need to learn to behave like extraverts if they aspire to positions of leadership. Carol Bartz, the former CEO of Yahoo, while very confident, admits to being a closet introvert. To compensate, she had to learn how to adopt more extraverted tendencies while still “recharging her batteries” as a natural introvert.

An open executive shows intellectual curiosity and big picture orientation. Though important in a leader, these qualities don’t necessarily help the leader connect effectively with others. For example, being too innovative can frustrate colleagues who are looking for clarity and consistency. A leader with this orientation may need someone to reel him or her in periodically.

Likewise, executives who score very high on creativity can overwhelm others with the complexity of what they are trying to communicate, resulting in confusion rather than enlightenment. These executives must train themselves to simplify their messages so others can relate to them better.

On the other hand, some leaders risk coming across as resistant to new ideas or overly cautious, requiring vast amounts of data before they dare try something new. Leaders with this tendency should work on being more open and push themselves out of their comfort zone.

While most effective executives cluster on one end of the spectrum in the previous four dimensions, there is no such pattern with agreeableness. Low scorers typically yield strong results, which is invaluable to business. However, too little agreeableness leads to ineffectiveness. Executives who are tough-minded and direct tend to be unflinching in the face of conflict or when dealing with tough issues.

For these executives, how they communicate comments or feedback is crucial, being careful to critique the idea and not the person. Doing so can lead to appropriate bonding and trust building by colleagues and subordinates.

At the other end of the spectrum, highly considerate executives are likely to promote collaboration and to be attentive to the opinions and wellbeing of others. However, executives who are too considerate may have difficulty delivering negative feedback or making decisions that risk upsetting others because they want to please everyone. These leaders must examine what drives their need to be liked by their colleagues and subordinates.

Drive and persistence are important qualities for leaders, but can prove dysfunctional if they are not properly channeled. One risk for highly conscientious leaders is that their perfectionism can cause them to lose sight of the big picture.

Another element of being overly conscientious is the risk of becoming a workaholic, which increases the risk of burnout. An unhealthy commitment to work is not something that executives can change overnight, but one approach is to cut back their working day by 15 minutes each week.

By contrast, executives who tend to be more spontaneous and flexible risk making hasty decisions, which can get them into big trouble as they climb the hierarchy and the stakes increase. To make more considered decisions, it is useful for leaders who are low on caution to appoint someone on the team to act as devil’s advocate.

Learning to manage yourself

The starting point towards balancing personality traits is learning how to self-manage through increasing one’s self-awareness. Without it, executives will find it very difficult to evolve or to find coping strategies. Success in multiple roles or for a sustained period of time is unlikely unless the leader can accept and overcome such blind spots.

Yet, self-management does not require undergoing a personality transformation. Self-management still allows you to be yourself, just with more skill. Simply put, to grow as a leader, you must refine your ability to recognize and manage your strongest tendencies while being willing to acknowledge and compensate for your weaknesses.

By Ginka Toegel and Jean-Louis Barsoux. Published in The Jakarta Post on June 1, 2013. Toegel is professor of Organizational Behavior and Leadership at IMD and Barsoux is a research fellow at IMD. (www.imd.org)