As the trend goes, Sport Utility Vehicles (SUVs) are increasingly popular, with higher sales volumes than their swifter-looking counterparts. 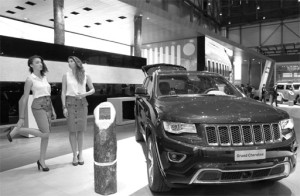 Bayerische Motoren Werke AG, more popularly known as BMW, reported a surprising finding in its first-quarter profits, the demand for its SUVs played a significant part in boosting its sales by up to 2.6 percent, according to chief financial officer Friedrich Eichiner. Demand jumped by 15 percent for the X1, 11 percent for the X3 and 14 percent for the X5.

In Asia, Korean carmaker Hyundai has seen a significant increase in sales of its sub-compact SUV, the new ix25, in China’s market. SUVs and Multi-Purpose Vehicles (MPVs) made up 37.5 percent of Korean car exports in the first quarter of 2014. The Korea Automobile Manufacturers Association reported that Hyundai Motor, Kia Motors and GM Korea exported 282,848s SUVs and MPVs in the January-March period, including the sub-compact and compact models.

In Indonesia, the trend is starting to pick up. “Bigger cars like SUVs and MPVs are gaining more popularity because they can seat more passengers. I believe the trend will increase in the year to come,” Karim Rachman, Chrysler Indonesia marketing communication and PR manager, asserted.

Chrysler Indonesia launched the New 2014 Dodge Journey 6-Speed earlier this month, a family luxury crossover with a stylish and sporty look. The improved transmission gets the Dodge Journey better mileage, something that is often a concern in an SUV. The premium family car features integrated child seats in the second row as well as flexible seats allowing for a spacious cabin. 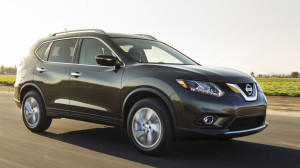 But space is not the only reason why SUVs are gaining more notice especially in Asia. “People pick SUVs because the vehicle can pass through higher water levels, especially when the roads are flooded, than a sedan. Chrysler has the Jeep Wrangler and Jeep Cherokee, which are also known for their off-road capability,” Karim said. In terms of sales, he believes the trend is there and the Indonesian SUV market is expanding for the next years to come.

Fransisca, a North Jakarta resident, has been driving SUVs since 2010. She picked a Mitsubishi Pajero for its large size. “The size is ideal for a family car.” The Mitsubishi Pajero has been in the SUV market for eight years and it’s still going strong.

As a mother who commutes with her only daughter, she said. “I don’t have to worry about carrying a lot of stuff because the car has ample room. It’s also great for the rainy season because I live in a flood-prone area.

But that doesn’t mean an SUV is the perfect car. “It’s hard to find parking when I go to crowded places,” she noted.

Along with the increasing demand for SUVs, the trend has led to the emergence of a more compact SUV model.

“The all-new Ford EcoSport is an urban SUV, which is a compact SUV suitable to accommodate the high mobility of urban life, especially in a big and crowded city like Jakarta,” Roy Lontoh, PT Ford Motor Indonesia marketing director, explained.

Despite its small size, the car is equipped with the latest Ford features like different light options, rain-sensing wipers, push-button start and keyless entry.

The car also offers a quieter interior as closing the window will reduce the noise by 20 decibels.

The Ford EcoSport seems to appeal more to the younger generation who are on the move.

Andre, a South Jakarta resident expressed his satisfaction with driving his EcoSport. Commuting hours to work is a lot easier with a more compact car, he remarked. “I can squeeze into traffic congestion with such a compact car. But it’s still an SUV. And I don’t feel like driving a small city car. The car is also spacious enough to seat friends, especially if I want to hang out with them after office hours.”

Ford sold 35 percent more cars in its utility category in 2013, compared to the previous year. That is why aside from launching the EcoSport, the brand has also introduced the tougher Ford Everest Concept for the medium SUV segment.

The trend in SUVs today also includes comfort. Recognizing the increasing popularity of SUVs, carmakers are installing features that used to be found only in sedans. The exception is the voice command in the brand new SUV.

Urban drivers are always on the go, thus the voice command, be it for music or phone calls, are a must-have. The Dodge Journey offers Uconnect while the Ford EcoSport has its SYNC.

Some of the cars include extended safety features. The Ford EcoSport has a light option called “follow me home”, allowing the lights to stay on for 30 seconds even after the engine has been turned off. The German luxury carmaker Porsche has come out with the Bi-Xenon Illumination which provides solid illumination on the road.

The excitement in the SUV market has also reached Porsche, which featured its Macan SUV at this year’s Bangkok International Motor Show. The Macan is a compact SUV with five doors, five seats and all-wheel drive. Its most attractive feature, coming from a sports car maker, is its sound system.

By Ruth Ninajanty. Published in The Jakarta Post on May 14, 2014. Photos courtesy of Bloomberg