A self-drive holiday to discover the island of Penang with all the attractions on offer, from heritage sites to street food. 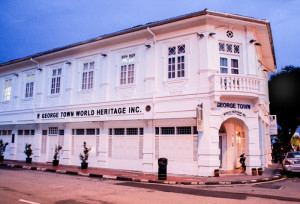 Malaysia can be a great holiday destination especially when you travel with a group of friends on a shoestring budget. That’s pretty much what we did on our recent holiday. After having weighed several options, we decided to embark on a self-drive tour to explore what Penang has to offer.

We went straight to a car rental upon our arrival at the KL International Airport. The Toyota Innova we used fits eight of us comfortably, while some of us took turn driving the van. 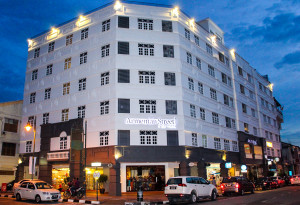 A six-hour drive heading north from Kuala Lumpur is quite an exciting journey, indeed; with the smooth highways and the beautiful panorama along the way.

Different from other destinations in the country, the island of Penang is a world of its own. The history has marked the island’s geographic location at the intersection of Asia’s great kingdoms and Europe’s colonial empires; thus, creating the link between Asia to the markets of Europe and the Middle East. 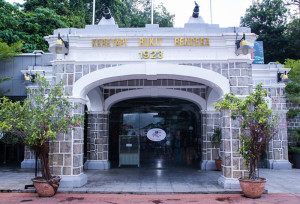 I would say that this what also makes Penang one of Malaysia’s most diverse place; it’s where the best of both worlds rules. And with its ability to preserve the culture and historical buildings, Penang today is a teeming tourist destination with all that the island has to offer, from heritage attractions to national park. No less interesting, Penang is also known as one of Asia’s greatest street food cities offering a tempting culinary adventure.

Named as a UNESCO World Heritage site, this capital of Penang is a must-visit, as it boasts interesting pre-World War II houses and shophouses, as well as colonial buildings. While you are there, be sure to visit the city’s art street where it displays beautifully artistic murals. George Town is clean and safe with great infrastructure; it’s very convenient for tourists to explore the city.

There’s a cable car that takes you to Penang hill. Avoid going there on the weekend if you can, as the queue is quite crazy. But it’s worth a visit. Up in the hill are a Paris-esque love lock bridge, an owl museum, mosques and temples. For us, enjoying the beautiful city view from the hill is what matters most.

Located within the property of the Penang National Park, this 250-meter long raised walkway takes you to enjoy the birds-eye view of the national park’s rain forest and the river cascading below. Just take a walk along the path that follows the river. It’s quite fun, though.

It’s a great site for a family adventure in a lush, tropical garden setting. Here, you can take a tour to capture more than 500 tropical plant varieties from all over the world – a fun way to get up close and personal with nature. If you love the dark, you can sign up for a night walk.

Conveniently nestled in the heart of Georgetown, Armenian St. Heritage Hotel is where guests can experience the city’s old charm hospitality. The hotel boasts 92 rooms designed for solo travelers, couples and families, with surely quite affordable rates. But what’s so good about the hotel is its location: It’s within the block of the city’s art street and only a stone’s throw away from the heritage trails of museums, historical buildings and food establishments.

Nestled amid the city’s modern high-rise buildings and bordered by the sea, the place is dubbed Penang’s most famous culinary destination. It boasts a delicious array of food stalls offering various dishes, from Malaysian and Chinese fare to European, Indian and Middle East cuisines. We try the laksa and it’s quite delectable.

You should consider sampling some of the local food sold here while you are on Pulau Tikus (literally meaning the Island of Rats). Don’t get distracted by the name, as the place is clean and you will see no rats there. Despite the food variety offered, the place is known for its noodles (mee) as it boasts a cluster of F&B establishments selling Hokkien mee, curry mee and mee goreng.

In the heart of Penang’s colonial district is this, arguably, unbeatable food center offering culinary excitement. The place is divided into two areas: one that serves halal food and the other with non-halal. Regardless of your choice, both serve Chinese and Malay specialties, as well as other cuisines from India and the Middle East.