Paris is much more than just the city of lights. The intrinsically beautiful capital of France offers everything a traveler could possibly hope for.

With over 30 million tourists from around the world visiting the city each year, Paris has surely become one of the world’s most favorite destinations.

We begin our trip by walking alongside rue des Abesses where we find an array of hype bars and restaurants situated in the Montmartre neighborhood that takes you to reminisce on renowned artists like Picasso, Modigliani, to name a few. 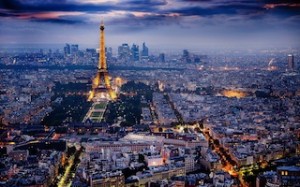 The neighborhood is where you can get the feel of Bohemian life while spoiling your palate with the best of French dishes. Don’t forget to stop by at Café des 2 Moulins. The name is derived from the two nearby historical windmills, Moulin Rouge and Moulin de la Galette.

The café’s interior features a bar area and small tables. But we choose the outdoor table for fresh air and breathtaking scenery.

The enchanting oasis of Paris truly offers a myriad of interesting places to visit. And we take you to the five ‘must visit’ places that highlight our journey of art and history, as well as our indulgence in a shopping spree. 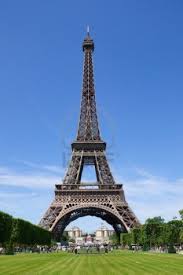 Built in 1889 by designer and engineer Gustave Eiffel, this iron lattice tower is the country’s most iconic and one of the world’s most recognizable structures.

Also known for its nickname La dame de fer, literally meaning the iron lady, the Eiffel Tower is recorded as the monument with the highest number of visitors in the world.

We have savory steak paired with a glass of burgundy at the specially designed airship-style 58 Tour Eiffel Restaurant, situated on the tower’s first floor. The restaurant serves good tasting French delicacy.

The 324-meter tower is thus far the tallest building in Paris, and enjoying the sunset from the top of the tower creates an indescribable memory in life. 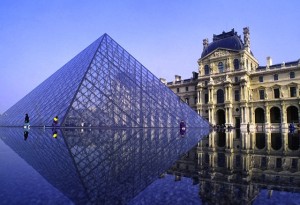 Also known worldwide as The Louvre, one of the world’s most renowned museums is where around 6 million worldwide visitors each year come to see the Leonardo Da Vinci’s original, priceless painting of Mona Lisa. Royal collections of art masterpieces, including those from the 1600s, are also displayed in the historical museum of The Louvre.

The museum is nestled in the premises of the Louvre Palace (Palais du Louvre), which was first built in the late 12th century as a fortress under the reign of Philip II. Heading to the basement of the museum, we still can see the remnants of the fortress. 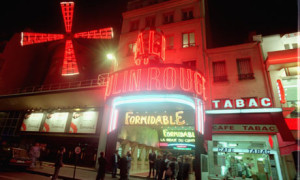 Built in 1889 by Joseph Oller, the owner of the Paris Olympia, the Moulin Rouge is popularly known as the spiritual birthplace of the can-can dance, which evolved into a unique entertainment of cabarets. Today, Moulin Rouge offers musical dance entertainment for worldwide visitors. 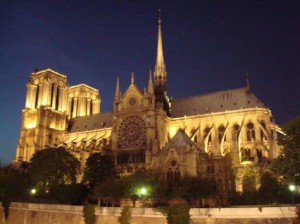 Literally meaning “Our Lady of Paris”, and also known as Notre Dame Cathedral. This Catholic cathedral takes you to revisit the Gothic period.

It is the church that has the official chair of the Archbishop of Paris. The building is also considered one of the finest examples of French Gothic architecture, and one of Paris’s most important buildings. 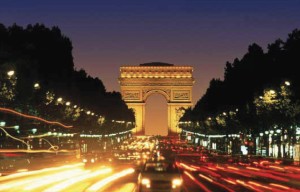 The avenue runs for around two kilometers, through the 8th arrondissement in northwestern part of the city, from the Place de la Concorde in the East to the Place of Charles de Gaulle in the West.

Walking along the Avenue de Champs- Élysées, you will notice that the street is lined up with cinemas, cafés, restaurants…and no less important, luxury specialty shops including those carrying haute couture brands.

Let Paris take you to blend with the beauty of the city’s historical architectures that you can feel more along the Avenue de Champs- Élysées with all its glitz and glam.

Where to eat:     Les Deux Magot in the Saint-Germain des Pres area of Paris. The restaurant’s popularity is derived from the patronage of artists and writers such as Pablo Picasso and Ernest Hemingway, respectively.

Where to shop:   Galeries Lafayette

The 10-story flagship store is the city’s pit stop carrying all products of any brands.

Where to sleep:  Plaza Athénée
This Parisian high-end accommodation will pamper you with the top-flight elegance and charm, infused with warm hospitality.

Where to relax:  Spa Mosaic at Hilton Arc de Triomphe Paris
One of Paris’s most favored spas that takes you to the land of relaxation; with the soft music, candle lights and gentle services.