With the annual wine exports of around 770 million liters, the Australian wine industry contributes A$5.5 billion per year to Australia’s economy, making this pristine Kangaroo nation the world’s fourth largest wine exporting country. 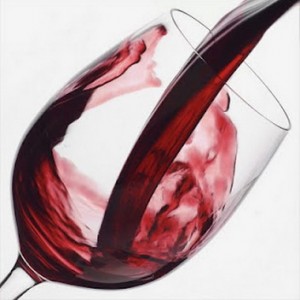 According to Winebiz, Australia’s Wine Industry Portal by Winetitles, North America and the U.K. account for about two third of the Australian wine export market.

The U.K. had for years been the number one destination for Australian wines. But year 2010 recorded that the U.S. overtook the U.K. position. Despite the stronger Australian dollar against the U.S. dollar, wine exports from Australia to the U.S. up 4 percent; while there was a 14 percent decrease in the U.K. This condition has led to the U.S. becoming the leading importer for Australian bottled wines.

Australian wines contribute to a 17 percent share of the total value of U.S. imported wines, behind France with 31 percent and Italy with 28 percent. In overall, there has been a considerable increase in Australian wine export volumes. There was a 7 percent export growth in the volumes to reach 773 million liters in 2010 – according to a release from Australian Wine and Brandy (AWBC), an Australian government authority that promotes and regulates the Australian wine and brandy industry.

In Asia, Australian wine industry is counting China with exports worth about US$ 160 million in 2010. A recent source from The Australia Annual Wine Export Report says that the volumes of Australian wine exported to China have increased for more than 400 percent within the last five years.

Recently moving up to the ninth slot, up from tenth, China is one of the fastest-growing wine markets in the world. The International Wine and Spirit Record (The IWSR) predicts China to move to the seventh place by 2012. More than twenty large scale producers participate in export production of Australian wine. Constellation Wine Australia, Fosters Group and Casella Wines are the top three producers that account for 70 percent in the market altogether. But there are also other star producers that have made a great venture. Torbreck Vintners, a winery in South Australia’s Barossa Valley, is one example.

During his visit to Jakarta, David Powell (Dave), Torbreck’s managing director and chief wine maker says that the combination of tradition, technical innovation and new ideas is very crucial in the production of Australian fine wines.

Among the Australian wines that have gained popularity over the years are Shiraz, Chardonnay, Cabernet Sauvignon, Merlot, Semillon, Pinot Noir, Riesling and Sauvignon Blanc. These wines are not only popular overseas, but their palate has attached to Australian wine drinking tradition. AWBC reveals that the domestic Australian wine market consumes about 500 million liters of wine per year.

“Australia is able to consistently deliver quality and value of excellent wine. Let’s take Australian Shiraz, Chardonnay and Cabernet Sauvignon as examples. Apart from using grapes, Australian winemakers use more than a hundred of varieties grown ingredients in the production,” Dave explains.

He furthermore says that the country’s natural resources and environment have benefited the making of Australian wine. There are 62 regions across the country with lower land costs, climates and terroir that are conducive to producing different wine flavors of style and a distinctive regional character. “All have contributed to the growth of Australian wine export!” he adds.

Dave founded Torbreck in 1994. The winery records its annual production that reaches 70,000 cases of wine. Torbreck produces mostly red wine even though there is 10 percent of white wine in the list of production.

The Shiraz Run Rig is Torbreck’s flagship wine, which was named one of the Australia’s 25 excellent wines by Wine Spectator.

In September 2010, Torbreck released ‘The Laird Shiraz 2005’. With a retail price of A$ 700 per bottle, ‘The Laird’ is claimed to be the Australia’s most expensive wine.

Dave reckons around 20 percent of his production goes to Asia with Hong Kong, Japan and China being the largest markets, respectively. Torbreck also expands its export market to other Asian countries such as Singapore, Macau, Vietnam, Malaysia, Korea, Taiwan, Thailand, the Philippines, India and Indonesia. “After Australia and North America, Asia is our third largest market. We are convinced that our fine wines will accommodate the higher demand for Australian wines in Asia, including Indonesia,” he says while taking a sip during a formal dinner in a Jakarta’s wine lounge.