Not just a picture-postcard destination, The Hague in The Netherlands is where kingship and global justice sit together 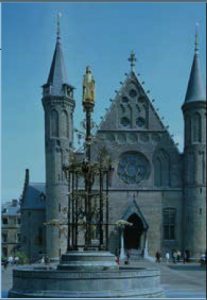 To think of The Netherlands beyond Amsterdam might be a bit tricky for most people, including myself. So, when I decided to give The Hague a visit, I wasn’t prepared for any surprises. The city itself is relatively small, with less than 550,000 people calling it home and one can practically walk from one end to the other less than a few hours. Those facts, however, may just be the reason why The Hague is an exemplary Dutch metropolis.

Two of the most synonymous traits to a Dutchman are honesty and efficiency. The Hague is both: You can leave your bike unattended somewhere in the city just to find it left untouched after a few days. This small city is after all home to the International Court Justice, where major judicial cases that involve multiple countries are settled here. Now, efficiency really regulates how the city works. Going around the city is very easy as everything seems huddled together.

You can rent a bike or simply walk as each street has individual tracks for cars, bikes and pedestrians. Hopping on and off the tram is effortless; you are expected to obey the rules by tapping the transportation card when going in and out of the tram (hardly any authorities observing the citizens though). Likewise, supermarkets have personal check-out counters where you scan goods yourself and pay individually. Unsurprisingly, the Dutch follow the rules to the dot. 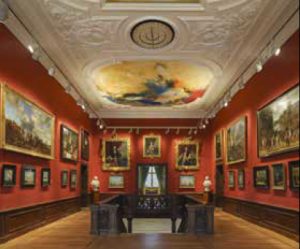 The city center is a must-visit as you can find interesting histories regarding this powerful nation as well as appreciate the iconic monuments. You can walk around Binnenhof, where top meetings of Dutch government take place, and check out Mauritshuis Museum to see Vermeer’s “Girl with a Pearl Earring” painting lives among other treasured works by Dutch artists. The Noordeinde Palace, one of the three royal palaces, is a few blocks away and is a nice place to take a selfie. There are beautiful churches nearby but, mind you, the Dutch are very frank regarding their views on religions and may invite you to a healthy argument.

A forest in the heart of the city is both inspiring and relaxing. Haagse Bos, literally meaning the forest of Den Haag, is perfect for an easy stroll alone or with the family. There are areas designated for kids, and there’s even a palace well-guarded there. It also connects from one side of the city to another. It definitely induces a zen feel to city life.

As if a forest is not enough, The Hague also boasts Scheveningen Beach that is great during summertime. The white sandy area has a shopping center on one end, with plenty of tourist attractions for the whole family. Nonetheless, do not wander off too far as there is also a spot dedicated to the nudists. And when you decide to have a picnic outside, always cover your food before any seagulls snatch your meal.

For art fanatics, both Echer Museum and Gemeente museum are not to be missed. The first is located around the Centrum and boasts a wonderful collection of intriguing geometric works by M.C. Escher. The building itself is a historic object, once settled in by Prince Henry and Princess Marie in the 19th century. If you’re more into Mondrian paintings, then Gemeente museum will sate your appetite since it houses the largest Mondrian collection in the world. You might spend not just one nor two, but roughly four hours to observe the artworks one by one. And the kids area in the basement is fascinating even for adults.

-Mastercard and visas might not be accepted in many places. So, always prepare some cash.

-Any bill bigger than €50 is hardly accepted, too.

-The Dutch love rules. Do not walk on the bicycle lane.

-Do not get offended by the Dutch’s straightforwardness or humor. They rarely censor what they say.

-Be careful with wasps when dining out. They’re everywhere.

-The city has plenty of Indonesian restaurants. And they’re good, too!