Parents are trying hard to do their best in raising their children, which is no mean feat consideration today’s tough conditions. Part and parcel of this endeavor is that many parents put their children’s education in the forefront. However, one should not forget that nutrition and health care are necessary tools to nurture a child’s growth. 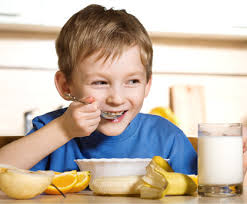 Lack of nutrition has the potential to impede a child’s physical and intellectual growth. Poor nutrition can also reduce a child’s capability and motivation in his studies.

Thus, children at an early age are in need of healthy food in order to stay healthy and energetic. This is the time when their muscles, bones and brain grow substantially. Healthy nutrition,

particularly from milk, is therefore essential for children to maintain healthy growth.

Parents are, however, no longer alone in their endeavor to develop healthy and intelligent kids, with food and dairy producers — from dairy companies to food supplement companies — playing their part in nourishing Indonesian children.

Frisian Flag Indonesia (FFI), a major player in the dairy industry, for example, not only produces a wide range of nutritious milk products but also designs programs to improve children’s nutrition.

In addition, the company has launched programs aimed at improving the nutritional status of Indonesians, especially children. 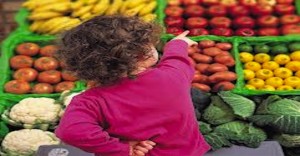 “We have designed and implemented a series of programs to improve access to public knowledge on nutrition, to facilitate health care professionals to upgrade nutrition knowledge and to increase distribution of nutritional products to more people in Indonesia,” Frisian Flag Indonesia president director Cees Ruygrok said.

Compared to neighboring countries, the nutritional level in Indonesia is still low with about 50 percent of children below five years old being poorly nourished. To alleviate this condition, FFI has deployed hundreds of nutritional advisers in stores to impart nutritional knowledge to consumers. In collaboration with health care organizations such as the Indonesia Pediatrics Association (IDAI), the company has also organized workshops for community health center (Puskesmas) doctors and pediatricians nationwide.

One may wonder how much knowledge parents should have in regard to their children’s nutritional needs. For instance, when should a child start drinking regular milk?

Purwanto, a pediatrician with more than three decades of experience, adding that during this period a mother should consult a doctor to make sure her breast milk is good for her child.

Once a child stops drinking breast milk, he or she enters a new phase of nourishment. Particularly between the ages of two to six, it is crucial to determine whether your child is eating healthy food.

During these years, children are rather independent concerning their food preferences. There are times when a child may like a particular food but suddenly decide he or she does not want to eat it anymore. This picky behavior can frustrate many parents since it can lead to insufficient food intake, which may have the potential to cause poor nutrition.

Hence, a number of supplements for children with poor appetites are widely available on the market. PediaSure, for example, has attracted many middle to upper income parents, although some people still think of PediaSure as a milk product. PediaSure indeed is not milk but a food supplement.

Manufactured by PT Abbott Indonesia, PediaSure Complete can be a solution for children with poor eating habits since the product contains comprehensively balanced nutrients such as minerals, vitamins and protein. In addition, the product’s contents of probiotics and prebiotic, as well as DHA and AA has made PediaSure an alternative product for parents wanting to solve problems with their children at meal times.

“Probiotics are good bacteria that can inhibit harmful bacteria. And prebiotic is a non-digestible food substance that supports the function of probiotics in maintaining a healthy digestive system,” Dr. Purwanto explained.

DHA and AA are found in many nutritional products for children like PediaSure Complete or even local brand milk products like Dancow. Mostly found in fish oil, docosahexaenoic (DHA) is a food ingredient derived from omega-3 fatty acid, while arachidonic acid (AA) is derived from the omega-6 family. Both DHA and AA have potential benefits for brain growth and eyesight in children. Besides the need for good nutrition, children also need timely vaccinations. There are 12 types of baby vaccines. Five of them are categorized as “necessary” by the government and are available at health centers nationwide. The five vaccines are Baccilus Calmette-Gu‚rin (BCG-vaccine against tuberculosis), Diphtheria, Pertussin and Tetanus (DPT), measles, poliomyelitis (polio) and Hepatitis B.

The other seven, which are recommended, are vaccines against Hepatitis A, chicken pox, typhus, influenza, pneumonia, rubella, and meningitis. They have not been categorized as necessary by the government as there have been no widespread outbreaks. Vaccination against these diseases is not common practice as the vaccines are considered relatively high for people in general.