In line with its new tag line “Caring for Life” and as a means of meeting the world’s highest nutritious standard, Greenfields delivers its naturally fresh milk straight from its own dairy farm. 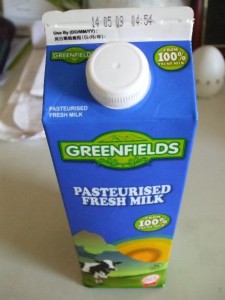 The fresh milk is obtained by consumers in the best preserved way, with all the nature of healthy nutrients remaining. Calcium to grow strong bones and teeth, vitamins to give you protection, proteins to build your body, and no less important, the taste is delicious and fresh to drink.

Some manufacturers simply add vitamins and minerals to basic powder as well as sugar and flavoring agents.

Greenfields milk focuses on plain milk with variations in fat content and is enhanced with various flavors. Chocomalt, for instance, is a flavor that is enjoyed not only by adults, but also by children, especially those who like chocolate and anything sweet.

PT Greenfields was set up on March 14, 1997 by a group of Australian and Indonesian entrepreneurs with extensive agribusiness expertise and experience. They established a farm at Desa Babadan, Gunung Kawi, Malang, East Java and imported prime Friesian Holstein cows from Australia.

The products first launched in 2001 and have been sold in Indonesia supermarkets since 2002. The company also exports the products to Singapore, Hong Kong, the Philippines, Vietnam, Cambodia, Papua New Guinea, Malaysia, Taiwan and Maldives. 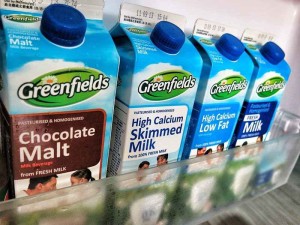 In order to maintain the product’s excellent quality, the Greenfields’s dairy farm feeds their cows with the right feed in order to maintain the cows’ health at best. “The feed, which is a well-balanced diet, contains ingredients from all over the region to make sure the cows get the right mix of nutrients. The way they will always deliver the best milk,” Fenita added.

The herd in Gunung Kawi is taken care of by a team of professional caretakers, trained and supervised by professional farmers from Australia and New Zealand. Twice a year veterinarians are flown in from Australia to check each individual cow in the herd.

“Greenfields acknowledges that the herd is crucial in milk production. So, it is important that the company make sure all cows are healthy and happy, “she remarked.

The cows are milked three times a day in a special milking area. The process starts with washing the cows and then milked by the automatic milking system in order to obtain uncontaminated fresh milk. “The milk is transported directly from milking parlor to storage tank through pipes and no human hands touch the milk in any stage of the process. And no less important, the milk is not exposed to open air, “she explained adding, “Such process is the standards of milking areas in advanced countries like the United States, Australia and European nations. 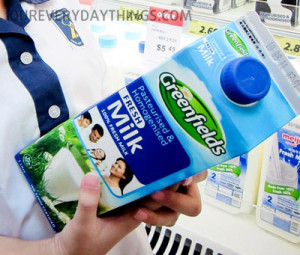 Greenfields ESL is pasteurized milk that has gone through ultra-pasteurized process. Coming in a 1000 ml-package, the product’s shelf life is 40 days and available in four variants; Full Cream, Choco-malt, Low Fat and Skimmed Milk. Greenfields ESL is homogenized and contains essential vitamins and minerals such as calcium, protein and phosphorous with no preservative. ESL is a patented product. Its special heat treatment was invented a decade ago, which can be seen as the modern way of pasteurizing the milk.

The 1,000 ml Tetra Pak of Greenfields UHT is made through a sophisticated technology process. The product is packed in aseptic cartons in order to maintain its nutrition. Containing vitamins and minerals like calcium, protein and phosphorous, Greenfields UHT can be stored up to 9 months. With no preservative, it comes in four variants: Full Cream, Choco Malt, Low Fat and Skimmed milk.

At the end of this month, Greenfields will introduce new packaging. Aside from rejuvenating the look, the new packaging will prove that Greenfields maintains its quality to provide customers with the best milk the company can produce from high quality Australian cows under the highest standards at a hygienic and advanced facility.

“It’s all a reflection of how we care for life,” Fenita concluded.

This advertorial was published in The Jakarta Post on October 24, 2009.