The mindset of Jazz as a music genre commonly performed and enjoyed by folks in their 40s and 50s is not always right. The presence of 17-year-old Nathan Hartono, the Singapore’s youngest jazz singer, has proven that more youngsters nowadays enjoy the syncopated rhythm music of jazz.

Nathan’s boyish good look and heart-breaking smile add perfection to his polished singing style and charismatic stage performance; the fuses that light the hearts of young teenage girls as well as ladies in their 40s and 50s. 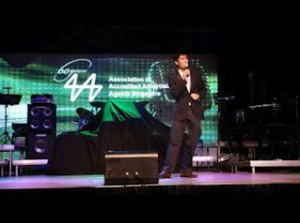 His success stretches back when he was only 14 as he climbed up to finally reach the champion seat of the 2005 Teenage Icon.

Dick Lee, a multi-talented, established performer and composer, praised Nathan as an exceptional find and a budding new talent who gives much hope to the local music scene. “Particularly in the jazz realm, he has made a breakthrough!”

Following his success as the teen icon, young Nathan then performed on stage along with some of the biggest names in various prestigious events such as charity event ChildAid, STB Awards, Silver Screen Awards, Entrepreneur of The Year Awards and Chingay 2006.

“Nathan looks set to make a difference in local music scene. With the perfect combination of a wholesome image and excellent singing talent, he is and will be the next big role model for kids his age and beyond!” Lim Sek, Executive Producer and Chief Executive-Music & Movement, says while giving his endorsement on the young talented singer who is exclusively managed by Music & Movement.

Between all the on-stage performances and his school activities, Nathan has managed to achieve more in his singing career by releasing two CD albums and a DVD live concert.

His debut album LET ME SING! Life, Love and All That Jazz in 2006 made a big hit as it was perched on HMV’s Jazz Chart for two weeks as the No. 1 album. 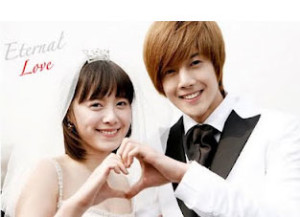 Through his first album, Nathan took his audiences on a magical journey of music as the 11-track album was set into three parts—Life, Love and All That Jazz—which covers combination of pop and jazz rhythms. Life tells about life being good, Love consists of three simple ballads looked from the eyes of a teen boy, while All That Jazz manifests pure unadulterated jazz and pop yet the essential touch of jazz remains.

The marvelous Nathan mesmerized his fans further in his second album. Released in 2007, the 12-track album was recorded LIVE during his sold-out solo concert at the Esplanade earlier that year.

A spectacular live where the young jazz singer put his fans in a jovial evening mood through his love songs; Haven’t We Met, Moody’s Mood for Love, Raindrops Keep Falling on My Head and Daydream, just to name a few

The recording also presents renowned covered songs such as Michael Jackson’s Rock with You and My First, My Last, My Everything in more up tempo, tempting listeners to sing along while enjoying the song.

Just like in his first album, the stunning Nathan as well brought along pop nuances into his second recording by innovatively transformed Stevie Wonder’s If It’s Magic and The White Stripes’ Seven Nation Army from the typical jazz genre to ‘Nathan’s interpretation of pop jazz’.

“I’m usually known as the ‘teen jazz singer’ and my repertoire usually includes my taking on the ‘Sinatra’-kind of songs. But at this concert, I wanted to do something different and instead, to sing love ballads for a change,” Nathan explains in regard to the song selection.

In line with the young boy, Lim Sek, the Executive Producer of the CD album, says that Nathan’s fans include a broad range of ages, careers and interests – from the true blue jazz lovers, the PMEBS to the youth. The songs were therefore selected to cater to the tastes and likes of everyone in mind. “You will be able to find something for everyone,” he adds.

Still in 2007, Nathan pleases his fans once again by making a DVD album of his solo concert at the Esplanade. The DVD pegged after his second album features an hour-long concert, bringing the concert atmosphere to the audience through their television screen.

For those who were watching his live performance would have recalled bobbing their heads to tunes like Daydream, Haven’t We Met? and My Crush as well as Nathan’s own rendition of Seven Nation Army, Rock with You, and If It’s Magic.

Indeed, one will feel a distinctive vibrant of love sensation while listening to his songs, as the album titled—Feeling Good with Nathan Hartono.