The Indonesian subsidiary of Malaysia’s budget carrier, Air Asia is optimistic that its new international and domestic routes will help to reach its target of carrying 3.5 million passengers this year.

After the success of opening four international routes linking Singapore to Bali, Bandung, Jakarta and Yogyakarta, which have been in operation since April this year, the world’s best low-cost airline is now taking further step. 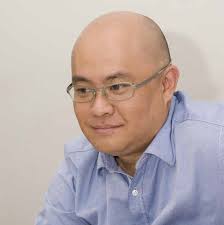 Set to launch today, the airline’s new routes that link Bali to Perth and Bandung are expected to give a significant contribution to the sustainable tourism gateway.
The following are excerpt from an interview with Widijastoro Nugroho, the Air Asia Indonesia marketing and distribution director:

Q: What made you think that the two newest routes are promising?
A: The two routes are indeed a blast that boosts our confidence. Both routes are officially to commence on July 17 (today), but the tickets have been sold out. Since the sales launching on May 5, passengers have either gone on-line or visited travel agents for making a purchase. For Bali-Perth, the tickets were sold out during the first six days!

Q: Is the sales success a product of Air Asia’s low-cost fare?
A: Unquestionably, we have pioneered low-cost travelling. But it is worth to know that the new routes have the potential to open wider gate on the Indonesian tourism and create a more conducive domestic business. The route that links Bandung and Bali will definitely give benefit for entrepreneurs who regularly commute between the two destinations. There are a considerable number of boutique owners in Bali selling garments that are made in Bandung. 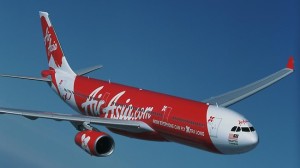 Q: How about the tourism itself?
A: With more routes being brought to the table, we are looking forward to seeing the Indonesia’s tourism more developed. Indonesian tourists are on the top ten among world’s countries visiting Australia, Perth in particular. While Australian tourists make up the greatest number of foreigners visiting the archipelago, an influx of tourists from other countries are increasing alike. In spite of the fact that Bali is a tourism hub for most of tourists coming to the country, Bandung with its acclaimed shopping outlets and splendid culinary journey has won the heart of many tourists, both international and domestic. Unfortunately, many tourists can’t rely on the existing airlines owing to the inflexible flight schedule. Our new routes are expected to attract more tourists from not only Australia, but also Singapore and Malaysia. We have collaborated with some travel agents to promote ‘Twin Cities Tourism Package.’ For instance, Singaporean tourists wanting to visit Bandung and Bali can fly directly without flight change. 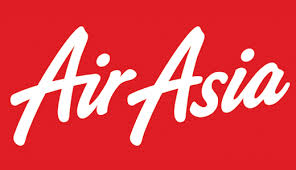 Q: What is the frequency of the new routes’ schedule?
A: Upon the launching, Air Asia is set to have one daily flight schedule for Bali-Bandung and Bali-Perth route, respectively. Due to the high-demand, we are going to increase to two flights a day effective on August 19 this year. Likewise, we are going to increase flight frequency on the routes that link Jakarta to Singapore from two to four flights a day, as well as Bandung to Singapore and Bali to Singapore from one to two, respectively. While the Bandung-Singapore route is the only one in Indonesia, the Yogyakarta-Singapore has thus far the one with the cheapest rate.

Q: Low Cost Carriers (LCC) is a phenomenon in the aviation business that has become the trend not only in Indonesia but also all parts of the world. In your own words, do you think delivering an outstanding quality of service with LCC is feasible?
A: It really depends. For Air Asia Indonesia, our passengers have taken advantage of paying in Indonesian Rupiah instead of US Dollars. But don’t take the façade for granted because the airline’s low cost is not the only measurement in determining the success of Air Asia. We have demonstrated the airline’s increase in its quality and comfort to the fullest.

Q: Can you elaborate on this?
A: The presence of Airbus A320 flights currently used in operation has paved the way for Air Asia to stay on track in terms of enhancing travel experience. Having a seating capacity of 180, this passenger airline has more spacious leg room and bigger baggage capacity. Don’t underestimate our well-trained and charming staff, all of whom have contributed to the airline’s excellent in-flight service. Also, Air Asia’’s outstanding safety records have opened the Australia’s gateway. We are all aware how hard it is for an airline company to get the license to fly to this Kangaroo country, which has implemented strict aviation international standard.

Q: How many airlines operating in Indonesia has been granted the license to fly to Australia?
A: We are one of the only two airlines that get the license to fly there. Coupled with our goal to consistently drive costs down in order that everyone can afford to fly, we are planning to open more international routes this year such as the ones that link Jakarta to Saigon, Manila and Phuket, as well as Bali to Manila and Saigon.