Senior writer and editor at ALVEO

The city of Medan in North Sumatra isn’t usually seen as a tourist attraction. A common perception of this major metropolis is that it’s simply just a stop to get to other places for sightseeing in the country.

Yet despite it not being an international tourism icon the way places like Bali and Borobudur are, the city still offers a wide array of unique places to visit and exciting things to do.
Medan, being the capital city of North Sumatra, brims with culture thanks to its rich history and its diverse population of over two million people, with ethnic demographics that include the Batak, Javanese, Chinese, Minangkabau, and even its own sizable population of Indians.

This history and diversity translate to a rich selection of memorable sights that decorate the city and tell tales of its storied past.

Here are five of the best the city has in store for you. 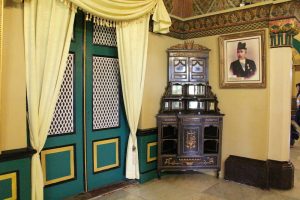 Built by Sultan Ma’mun Al Rashid Perkasa Alamsyah around the year 1888, this grand palace has a total of 30 rooms spanning over 2,700 square meters of land.
Its design features Malay, Islamic, Moghul and Italian influences and serves as one of the last remnants of the Deli Sultanate’s rule over Sumatra.  At the palace, visitors can watch traditional Malay music performances during weekends and can also take pictures of themselves wearing traditional Malay costumes. 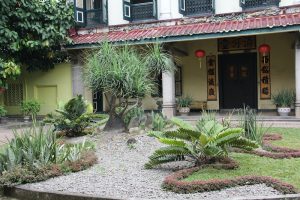 This cultural landmark mansion is a place almost frozen in time. Everything here is arranged the same way they were when its eponymous owner, a famous Chinese merchant, died in 1921. Its blend of Malay, Victorian and Chinese designs, alongside its handpainted ceilings, luxurious furniture and artworks, make it one of the most memorable sights in Medan.Tjong A Fie built this mansion in observance of feng-shui principles, and he dedicated its construction to his wife. 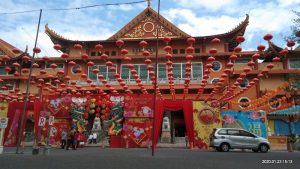 Maha Vihara Maitreya is the largest Buddhist temple in Medan. It was built in 1991 and serves as both a tourism destination and a sacred place of worship for local Buddhists, with a slogan of “One World One Family”. Its simple interior is designed for silent worship, though it also has a reception banquet hall as well as a playground for kids to play in. Its 4.5 hectares of space gives visitors plenty to explore. Once at the temple, you can take part in a pilgrimage and learn about the Maitreya Buddha’s teachings on universal love. 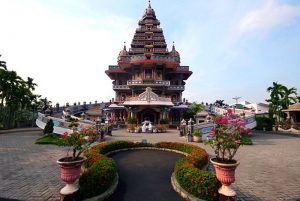 Further proof of Medan’s rich cultural diversity can be seen through this church that looks unlike any you’ve ever seen.
Built in the early 2000s, it is a Catholic church that combines Hindu and Islamic architectural styles, with design sensibilities that take influences from Indian, Mughal, Tibetan and Chinese aesthetics. It also has a pagoda-like structure that resembles a Buddhist temple. Its unique fusion of religious and architectural influences not only makes it a symbol for Medan’s diversity, it also makes it a perfect place for those interested in architecture. 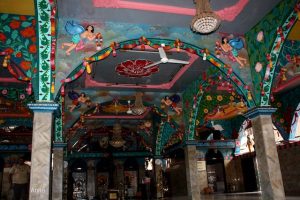 Built in 1884, this spiritual venue is the city’s oldest Hindu temple. It is located in Little India and is dedicated to the Tamil goddess Mariamann. Its architecture makes use of a Dravidian style common in temples in South India and Sri Lanka. Its prayer room is closed on Saturday but its courtyard is open every other day. Because of its location at the center of Little India, tourists can easily check out the various surrounding Indian restaurants once they’re done with their visits.