“We cannot walk alone. And as we walk, we must make the pledge that we shall always march ahead. We cannot turn back.” This excerpt, which is taken from Dr. Martin Luther Jr.’s historical speech “I Have a Dream”, has emotionally evoked the spirit toward becoming “New You.” 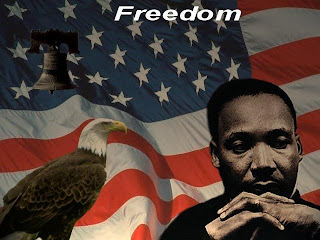 Born Michael Luther King Jr., but later had his name changed to Martin, the son of a reverend is best known as a prominent leader in the African American civil right movement.
Martin became a civil rights activist in his early 20s. He played a crucial role in the establishment of Southern Christian Leadership Conference, in which he was serving as its first president in 1957 or at the age of 28.
His biggest move was when he led the “1963 March on Washington”, a mass political rally in support of civil and economic rights for African Americans. In expressing his deep empathy and determination to expand the value of the United States as a more colorful nation, Martin delivered his “I Have a Dream” speech during the march on August 28, 1963. Not only has the speech made its mark in the annals of history, but also established Martin’s reputation as one of the American greatest orators. The message he conveyed through his speech spurred on the hope of emancipation for African Americans and has inspired the world citizens the importance of being optimistic in making a positive change.
Inspired by the teachings of Mahatma Gandhi, Martin used non-violent approach on the eradication of racism. And in 1964 he became the youngest person to receive a Nobel Peace Prize for his non-violent work to end racial segregation.

Martin was assassinated on April 4, 1968 in Memphis, Tennessee. In 1968, the U.S. government established Martin Luther King Jr. Day, which is observed on the third Monday of January each year, marking Martin’s birthday on January 15.