At the helm of a leading global hotel chain, Mark van Ogtrop is partnering with local investors to establish an international brand in secondary cities before reaching major cities and the capital.

Golden Tulip Asia managing director Mark van Ogtrop has developed a unique yet, according to him, effective approach to differentiating his business from the competition. 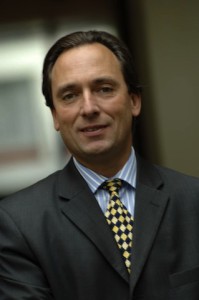 Van Ogtrop is taking a “backward approach” to introducing Golden Tulip brand in Indonesia. Unlike most hotel business players who seek to enter the Indonesian market through Jakarta, he has targeted other Indonesian cities, partnering with locals to develop hotels in secondary cities.

The Dutch hotel chain opened the four-star Golden Tulip Galaxy in Banjarmasin, in December last year. The company is eyeing projects in Makassar, and Batu, East Java next.

Thus far, Golden Tulip operates five hotels in Tangerang, Cikarang, Bekasi, Bogor and Karawang, with more developments underway. Notably, none of these hotels are in Jakarta.

“With over 200 hotels in 40 countries, we are surely one of the leading hotel chains in the world. But we are new here, and building a brand presence is no easy task, not to mention the stiff competition hospitality businesses are facing in such big cities as Jakarta,” van Ogtrop said during a short visit to the capital.

“My strategy is to go backward. We are building brand awareness in secondary and even tertiary cities. Once the brand has a strong presence in those cities, then we will go to the big city. Jakarta is next, but not now,” he added.

In fact, Golden Tulip has established a presence in Jakarta with the opening of a management office in the city in 2013, bringing it one step closer to creating a reliable brand presence in the country.

“Now that we have a full management office, we can assure local owners about our presence in the country,” he said.

Just like other players in the hospitality industry, the biggest challenge for Golden Tulip involves human resources.

“The biggest concern we have for the next few years is the fast-growing economy and the rapid rise of middle class consumers that may not be able to support mass growth in the hospitality sector. There will be a huge demand in middle management and it’s very challenging for us to fulfill that,” he said. 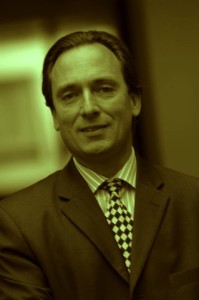 Correspondingly, he continued, the company has established the Golden Tulip Academy, which regularly holds capacity-building trainings in human resources for Golden Tulip properties around the world. “We have to have a strong human resources model where we can train people and make them part of our family.”

At the helm of Golden Tulip Asia, which is based in Bangkok, van Ogtrop is responsible for development and operations in the ASEAN region. To ensure that the company’s business in Indonesia runs smoothly, he has appointed Erick Herlangga as vice president of the company. Erick participated in Golden Tulip on a one-year scholarship in 1998. Every year, the company invites 50 students to study and work in the Netherlands and France.

The history of this European brand goes back to the 1960s, when the first hotels opened their doors in the Netherlands. To connect themselves with different cultures and business models around the world, Golden Tulip now operates under the tagline of “international standard, local flavors.”

“We found a very niche market. Local owners came to us because they wanted an alternative. They wanted to have an international brand, but they didn’t always want the usual big brands. At the same time, they didn’t want to be known as just a local brand. Golden Tulip positions itself with high standards beyond the local brand, yet we are also able to position ourselves as mid-tier. That’s why we have had a strong response from the property owners in Indonesia,” van Ogtrop explained.

All of the projects run by Golden Tulip as brand operator have had a different touch and feel. As such, van Ogtrop has to be very open when it comes to connecting the international brand he leads with the local demands of investors. And by local, he means all the different cities outside Java and Bali and hotels with different star levels.

“International brands often play in the five-star level. If you look at the three-star and the four-star hotels, you can count [the number of brands] on one hand. There is very little international competition in the mid-tier market, and that is where Golden Tulip comes in, to answer the demand,” he explained.

There are many cities throughout the archipelago that don’t have international hotels. And van Ogtrop is aware that there are local investors who see this as an opportunity. “The future in Indonesia is going to be an interesting market”.

I have worked and visited many countries on three continents. Each offers its own cultural uniqueness. I always wanted to go overseas and I find Southeast Asia, Thailand in particular, to be my home. The region’s cultural diversity is amazing.

The new flavor of Indonesia

Being the world’s largest archipelago, Indonesia has lots of places with breathtaking panoramas. But among all places, I love Lombok the most. The unspoiled beaches and beautiful views there will make Lombok the new flavor of Indonesia. Unfortunately, I feel that Lombok is under-promoted and undervalued.

I appreciate artisan baking, as it’s part of our culture in the Netherlands. But I think Indonesia is appreciating it more, and I’m really fascinated with the new presence of bakeries in Indonesia.

By Ruth Ninajanty. Published in The Jakarta Post on July 5, 2014.