The Capital of the United Kingdom really is as magical and cultural as they all say. 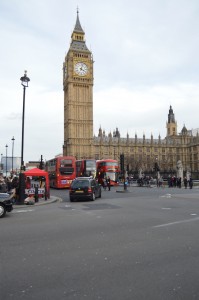 There’s something about London that makes it one of the must-go-to places during one’s lifetime. Be it the culture or the royalty, the draw is inherent, deeply rooted in all of us. And yet, there’s so much about the city that we simply aren’t aware of.

Expect the Unexpected
It’s always gloomy and grey in London, they say. This is sadly true. But when the sun does shine, this city is really lovely, even in the middle of winter. The multiculturalism that the city breeds is very obvious, with plenty of Italians and French handling the retail services, among tens of other nationalities calling London their home. Quite frankly though, London can really be as cozy as one’s home, given its vast area with different boroughs (a bit like Jakarta with Menteng, Kemang, and other neighborhoods) and the all-encompassing facilities one could ever ask for (from cheap food—a Subway sandwich costs as inexpensive as £3.20, or roughly Rp.52,000—to extravagant lifestyle). It also gives New York a run for its money being a
city that never sleeps; go out on a Monday night and you’ll see people still queuing up for Jamie Oliver’s restaurant.

The City’s Gems
It’s pretty impossible to sum up the city’s splendors and must-see places in a few pages. Aside from the well-known landmarks, such as the Big Ben, London Eye, Tower Bridge, etc., these are a few options you hardly find elsewhere. 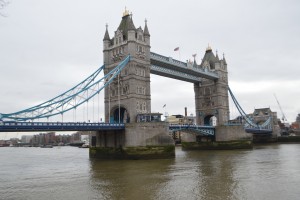 1. MUSEUMS & GALLERIES
Unlike many cities in the U.K., London’s museums and galleries are mostly free of charge. Many are sponsored by the government that really put a great deal of focus on children’s education and upbringing. The gigantic and inspiring Natural History Museum is a definite treat. 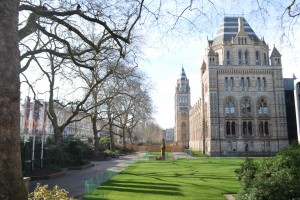 Besides being one of the largest of such in the world, it hosts several sections that really allow one to see nature in the most captivating way. Do check out the almost lifelike T-Rex at the Dinosaurs garden, the Giant Blue Whale at the aquatic section and, when the renovation is over, David Attenborough Hall—often filmed in many international titles. For those who love art, Tate Modern is your candy shop. Within walking distance from the mesmerizing
Tower Bridge, the two-tower museum has many floors for free to visit, which exhibit art in an interesting way—categorized based on types, not years or periods.

2. THEATERS AND CINEMAS
Considering where Shakespeare came from, London has a flourishing scene of theatrical performances, and they vary from one to another; from the small ones dotting around the Leicester station to the prestigious stages like at the National Theatre and the Palace Theatre (where Harry Potter’s show is). Tickets start from about £25—not cheap, but people do go and watch them. Cinemas are an equally loved pastime. But mind you, it can be pricy, depending on the space and technology involved. British Film Institute (BFI), located at Thames River, is a perfect spot to update your cinematic knowledge. 3. SHOPPING MALLS
This might sound petty given the fact that Jakarta already has a lot of shopping malls. London, though, has the unbeatable charms when it comes to retail businesses. Harrods, while known as the high-end destination for tourists, has a unique corner dedicated to Lady Diana and her lover Dodi Al Fayed (whose family owns the business). The locals, however, prefer to splurge at Harvey Nichols, which has a breakfast area overlooking the grand
Mandarin Oriental Hotel. But for a grand expectation, Selfridges really hits the mark with high ceiling and numerous products it carries. When you still have money to blow, Piccadilly Circus and Savile Row are just right around the corner. You won’t go back home empty-handed for sure.