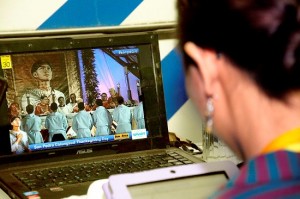 Today’s IT fast development has shaped mobile internet infrastructure that makes Jakarta as a metropolitan with mobile communication trends.

Using a handy broadband, be it from smart phone, tablet or netbook, all the information and how people communicate can now easily and respectively be accessed and conducted at the click of a button. And communications are getting much easier despite the city’s notorious traffic that often hampers the schedule of people to meet.

“In some cases, when a meeting is unlikely to take place, we use cyber space facilitations such as yahoo messenger or Skype to communicate to our clients,” Junio Syarif, Jakarta based entrepreneur, remarked.

Junio is one of millions of the cosmopolites who utilize the power of technology to communicate without their presence at any particular place. With a small gadget, people can easily get their work done at any of coffee shops, restaurants or other hangouts in the city – almost all these places now are equipped with Wi-Fi.

“Even I use banking online to do all the business transactions,” Junio, who runs his own business in the field of logistics, added.

The convenience that the cyber space has to offer also opens online business opportunities. There are various Jakarta based online stores that facilitate comfort for people to shop on the net.

Anne Marcellina said she has been doing well with her online business, Klaar, which can be accessed at haveuseenklaar.blogspot.com, selling ready-to-wear women apparels. 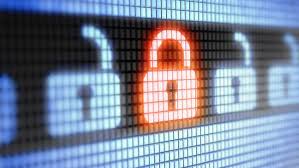 “Apart from the quality of goods, the convenience of getting the goods without being hindered in the city’s bad traffics is what lies behind the reason of those opting an online shopping,” Anne remarked. “As in my case, I can get customers not only from Jakarta and its surrounding, but also from other cities.”

The advancement of internet infrastructure has also led to the trends in social media. One of the interesting facts is the growing number of netizens (a portmanteau of Internet and citizen) getting on the social media such as Facebook and Twitter.

Many restaurants and hangouts in the capital city, such as Social House and Immigrant, use social media, like Facebook and Twitter, to promote their services, events and special promos.

Dell Indonesia is another success story. The company utilizes social media through the establishment of Dell Lovers Indonesia Community on Facebook and Twitter, recording more than 68,000 people and around 17,000 followers, respectively.

Willy Hendrojudo, senior marketing advisor for Consumer Business and Mobility of Dell Indonesia, said that he had seen the role of social media in Indonesia, especially in big cities like Jakarta, as a more extensive and effective means of interaction. “And we will continue making social media as one of the main focuses on business development.”

Accessing to social media sites can be easily done with the use of mobile devices such as notebook, tablet and smartphone. And mobile telecommunications providers are now outdoing each other offering various broadband internet services. Telkomsel, Indosat and XL are among the big players in the country.

“Ericsson will serve all telecommunications operators in Indonesia. With around 150 million Indonesians having not been connected via mobile broadband, the market potential in this country is surely huge,” Sam Saba, newly appointed president director of PT Ericsson Indonesia, said.

Just like in other parts of the world, mobile broadband internet service in Jakarta has played a major role in facilitating the internet infrastructure, so as to meet the needs of both individuals and businesses in a fast-changing more mobile society.

Nevertheless, when compared to neighboring countries, Indonesia still needs to improve its broadband infrastructure. In some part of the country, even in Jakarta, complaints are still high on the presence of 3G technology based internet service, which is slower than it’s supposed to run.