Taking you to a luscious journey of discovery into the world’s rarest and most expensive brands of spirits, wine and champagne.

A journey through aromatic flavors, vintages and limited editions is indeed an opportunity for collectors to enhance their insights in appreciating the value of the world’s liquid masterpieces. 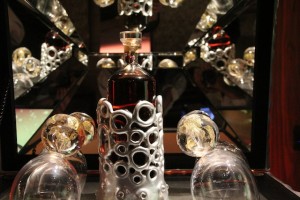 A collaboration of Singapore Changi Airport and global luxury retailer DFS Group exclusively provided such an opportunity to worldwide collectors at a recent prestigious gala event at Grand Hyatt, Singapore.

Held under the moniker “Master of Spirits II”, this second annual event exhibited 84 masterpieces from 50 of the world’s leading premium brands of spirits, wine and champagne.

The event took a glittering crowd of collectors from different nations to engage with the makers, the connoisseurs and the ambassadors from 27 of the most prestigious brands, such as Dom Pérignon, Hennessy, Royal Salute and many more.

Among the many brands, there were very few labeled at unbelievable high prices that may not surprise many discerning collectors, while we took the opportunity to explore such liquid masterpieces. 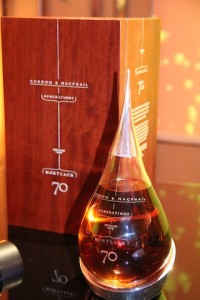 The oldest, rarest and most exclusive malt produced by the Dalmore distillery. This incomparable masterpiece is priced at S$300,000 or around Rp 2.2 billion, clinched as the most expensive bottle on offer at the Master of Spirit II exhibition.

Arguably the most expensive Cognacs in the world, Hennessy Beauté du Siècle was specially created by French artist Jean-Miche Othoniel for Kilian Hennessy, who helmed Hennessy from 1945 to 1975. Only a total of 100 bottles have been produced ever since. This masterpiece is artistically crafted in exclusive package made of aluminum and bronze elements.  At the event, this limited edition of 700 ml bottle is priced at S$248,800 or around Rp 1.8 billion.

To mark the Diamond Jubilee of Queen Elizabeth II in 2012, Scotch Whiskey Distillers John Walker & Son, by appointment to Her Majesty Queen Elizabeth II, has produced an extremely limited edition of 60 crystal decanters. The masterpiece contains a unique blend of grain and malt whiskies distilled in and maturing since 1952, and completed by marrying casks of English oak from the Queen’s Sandringham Estate. This liquid masterpiece was priced at S$200,000 or around Rp 1.47 billion. 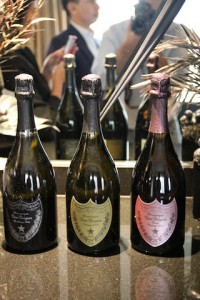 The rarest of the Dom Pérignon qualities, Dom Pérignon Reserve de l’Abbaye Vintage 1978 has its own historical value that refers to the famous Benedictine monk Dom Pierre Pérignon, who was arguably the one who invented champagne in the 17th century, and to the Abbey of Hautvillers where he made the invention of the sparkling masterpiece. The bottle was tagged at S$9,800 or around Rp 72 million.

A fascinating blend of cabernet and shiraz with compelling fruit characters, this wine is probably among the least expensive of the masterpieces displayed at the Master of Spirit event. However, the availability of this wine is exclusively limited with a worldwide release of only 6 Imperials.