By: Aulia R. Sungkar. Originally published in JPlus of The Jakarta Post.

In its centennial celebration, Leica is greeting photography enthusiasts with its new models and Indonesian maiden store. 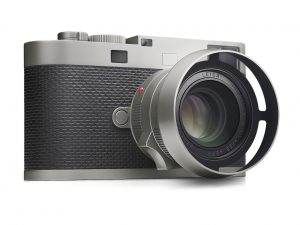 It was in 1914 when German optical engineer Oskar Barnack constructed Ur-Leica, the world’s first 35mm still picture camera. His historic invention later led to the birth of 35 mm photography, and more models of Leitz Camera (Leica) have ever since brought to the table.

Today, the name Leica still stands sumptuously as a premium brand of photographic products, from cameras and lenses to binoculars and other optical equipment.

“The product durability is what makes Leica standout. Just ask those who bought Leica M3 in early 1950s and have frequently used it. The product still works well today,” Sunil Kaul, managing director of Leica Camera Asia-Pacific, says at the opening of Leica store in Plaza Senayan, South Jakarta.

Leica M3, which was manufactured in 1954, has indeed made history. With a bayonet lens mount and a combined bright-line rangefinder, this model features optical precision needed for photography.

So, 2014 is very special year for Leica Camera AG, an optics company based in Wetzlar, Germany that manufactures Leica cameras. As part of celebrating 100 years of Leica photography, this year also marks the 60th anniversary of the legendary Leica M3.

To celebrate the anniversary, the company presents its commemorative limited edition, Leica M Edition 60. “This new model possesses the unique characteristics of the M3 launched in 1954. Over the six decades, we keep improving the model with technological innovations. Yet, all the Leica M models throughout the history share one thing in common. It’s a camera with functions that place the skills of the photographer in the foreground,” Sunil explains. 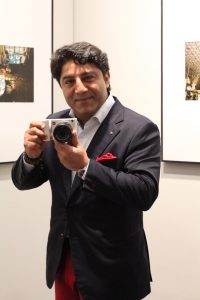 Limited to 600 pieces worldwide, the cameras and lenses of the Leica M Edition 60 feature unique matching numbers between 001/600 and 600/600. Each camera also bears the engravings “Leica 60” and “Leica Camera Wetzlar”.

In addition to Leica M Edition 60, the company released a number of new products at last September’s Photokina, a biannual imaging fair in Cologne, Germany.

“We got newcomers, the new models of Leica S, Leica D-Lux, Leica X, Leica V-Lux, to name a few,” Sunil adds. “Another thing that excites me this year is we are now opening our doors here in Jakarta.”

Strategically nestled at Level 3 of Plaza Senayan, South Jakarta, the first Leica store in Indonesia has added to the current list of 160 some Leica stores across the world.

The store carries a range of Leica cameras, including the limited edition Leica M Edition 60, as well as sport optics and photography service. 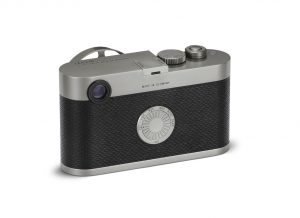 “Asia-Pacific market is growing tremendously since we started our operations in Singapore in March 2011. China is still the market leader, but other countries such as Singapore, Malaysia, Thailand and Australia undoubtedly contribute to the growth. Now we have Indonesia on our map. Let me tell you, this Southeast Asia’s largest market is very promising,” he asserts.

His confidence in the Indonesian market is based on the country’s improved economy. “The emergence of middle-class and the increasing number of wealthy individuals in this country have led to the improvement in people’s purchasing power. I believe Indonesia is now transforming itself toward becoming a major global economic player. And this is one of the reasons why Leica has established a presence here.”

Asked if the company would open more stores in the country, he quickly responds, “Why not? We will wait a bit, but it’s in our business development plan. Leica is the legendary camera brand. We believe in its products inasmuch as we believe in the future of our business.”

Leica is a 37-degree camera that becomes part of one’s body. In other words, it matches the temperature of one’s body, and its compact size and weight make the easy-to-carry camera versatile in its use.

Size does not always matter. Unlike most of the professional and semi-professional big cameras, Leica is very handy. “You have it in your hand and close to your eye,” Sunil says.

“A picture is worth a thousand words. And Leica’s handy feature has enabled photographers to capture true emotion in various historical moments. One great example is the historical photo of the proclamation of Indonesian Independence on August 17, 1945, which was documented by photojournalist Alfred Eisenstaedt using his Leica,” Sunil says.

The famous picture of the speech by Indonesian military leader Sutomo, known as Bung Tomo, in November 1945 was also captured with Leica, he adds.

There are a myriad of famous photos by renowned photographers worldwide taken using Leica; to name a few are Che Guevara by photographer Alberto Korda in 1960, Muhammad Ali by Thomas Hoepker in 1966, England by Gianni Berengo Gardin in 1977, Sidewalk by Jeff Mermelstein in 1995, Hollywood Beach by Constantine Manos in 2006 and Vertigo by François Fontaine in 2012.

“Take a look at how Leica captured the emotion when photographing those objects. It’s the quality of a camera that has snapped a century,” he concludes.