Involved with the family business since childhood, Kilala Tilaar is rapidly conquering the global market in spa products and services. Aulia Rachmat met him for a chat. 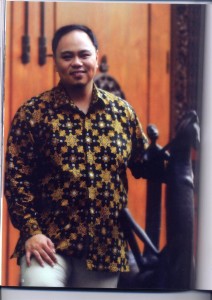 Known by his friends by the nickname “Kiki”, the down-to-earth figure still in his late 20s looks rather laid-back yet his seriousness and high degree of motivation in developing spa products and services under the umbrella of the Martha Tilaar Group have undoubtedly borne the fruit of success.

Upon his return from the United States in 2006, he started running the company’s spa division with support from his mother, Martha Tilaar, the owner and president director of the Martha Tilaar Group.

Notwithstanding the presence of his mother’s giant company in manufacturing a variety of cosmetic products, establishing a new division was no easy task.

Stepping into the business with great confidence, Kiki, however, was able not only to produce a solid team but his spa division, PT Cantika Puspa Pesona, successfully opened 38 outlets nationwide and overseas during its first year of operation.

With a total 68 owned and franchised outlets, Martha Tilaar spas across the nation and in countries such as Singapore, Malaysia, Brunei, Japan, Ukraine, Russia and Vietnam have together made the company thus far one of the biggest spa operators in the world.

“We cannot work alone. And we cannot grow big without the help of others,” Kiki, currently the deputy marketing director of the Martha Tilaar Group, says.

“My mother would not have succeeded in business without the help of others. Together with my siblings and other key employees, we work shoulder to shoulder to reach our goals. Likewise, our outstanding business relationships with our franchisees have really helped expand the business, producing a win-win solution for both parties.”

This seems to have made Kiki, to whom his mother has given the responsibility of running the spas, not only very confident business-wise; he’s not afraid of his competitors, either.“They only give their clients

a partial solution, but we equip our clients with a complete range of solutions; from the workers and masseuses to products, ingredients and menu development,“ he explains.

Competitors, Kiki adds, may provide clients with design, menu or spa management consultants, but his company covers the full range of needs. ”We control products and the manufacturing. We have 10 acres of organic planting for our operational needs. We have our training centers in Bali and Jakarta.

“We also have people who are capable of delivering the business; our designers, massage grand masters and experts including those from India and China.”

In the long run, Kiki adds that he wants to be a world player. As the spa trend is on the rise, more marketing opportunities await. “In marketing the business, I work like a sniper. I aim at one target at a time before hitting another. Eastern European countries are my target market for this and the next two years.”

Looking at the countries’ high consumer index and the growth in spa popularity there, Kiki seems to have the confidence that the business will be successful. 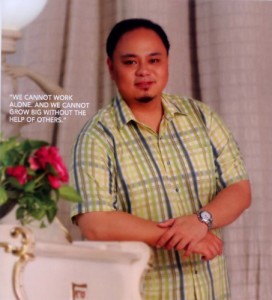 In achieving success, Kiki has followed in the footsteps of his mother since early schooldays. While other children enjoyed playing video games, the youngest son of the prominent Indonesian woman entrepreneur was learning about cosmetics.

“I was only 8 when my mom took me and my other siblings along to meetings with clients. My mum used to take us to go to shops such as Macy’s Department Store and Saks Fifth Avenue. She used to teach us to differentiate between good and bad quality … and to keep up with the latest trends, just as prestigious cosmetic brands do.“

Both entrepreneurship and education are two most important elements for his parents in inculcating their children. Vacations for the Tilaar family provided an  opportunity for the parents to hone their children’s entrepreneurial skills.

“As education is a lifetime investment, my parents – particularly my father – are very strict about it. Wealth can easily be depleted, but education is something you hold on to for the rest of your life,” says Kiki, who holds bachelor and masters degrees from two American reputable universities in Boston of Massachusetts, Suffolk and Harvard  respectively.

Despite the fact that spa treatment has become the “in” thing in Indonesia, the practice was already established centuries ago. Its history dates back to the Majapahit kingdom, Kiki says.

“People always believe that water is a source of life. It’s true that water can cure. That’s the essential spa concept, right? “Spa” is short for  “solus per aqua”  (solution through water). So, spas are not new to this country. Bathing places for healing rituals at Tirtagangga and Taman Sari (literarily, “water castle”) in both Bali and Java  are national heritage attractions proving that spas have long been an integral part of our culture.”

Indonesia’s volcanoes produce plenty of spring water and have the potential to cure skin diseases, osteoporosis and other disorders. Scores of people worldwide believe in the healing power of such water.

Moreover, experts say bathing in spring water is healthy, as the sulphur, calcium and magnesium have a beneficial impact on the human body, Kiki explains.

Notwithstanding the range of benefits spa treatment can offer, negative connotations still surround the idea of men visiting spas. Kiki says that it is not easy to counter such perceptions.

“There is a thin line between bona fide  spa treatment and engaging in ‘hanky panky’ due to the intimacy that exists between masseuse and client. Martha Tilaar’s strict procedures have circumvented any such problems. However, we have to adapt to local conditions when dealing with male clients.

“In certain communities like Aceh, in conservative countries such as Malaysia and at our upcoming outlets in Mecca, Saudi Arabia, and Islamabad in Pakistan, we will serve women only!”

Nevertheless, as the concept of the “metrosexual” male gains wider acceptance, the popularity of spa treatments for men is on the increase. “Spa treatments are no longer just for women. It’s like guys wearing pink; men nowadays care about being groomed and like to pamper themselves,” Kiki says.

Published in The Peak Magazine, September 2008.