A small town where you see Japan through the lens of history, nature and culture. 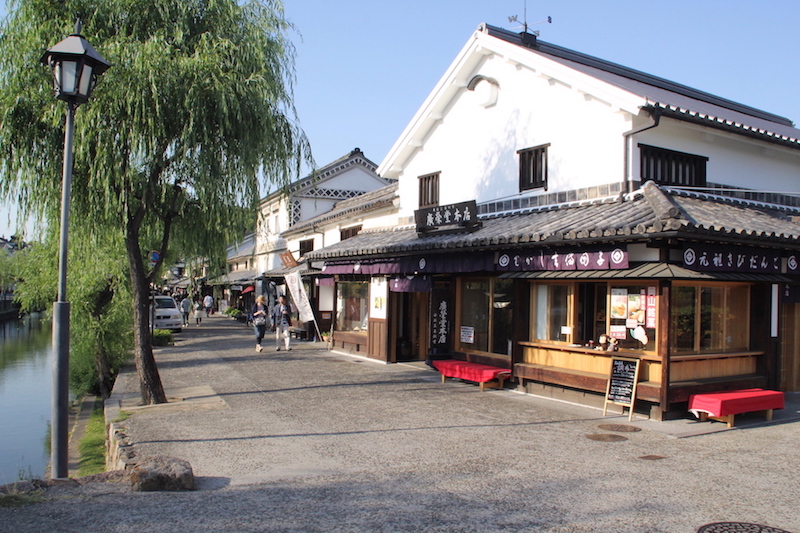 On our recent Japan road trip, we had a chance to visit Kurashiki, a historic city in western Okayama Prefecture that breathes a laid-back atmosphere.

You can easily reach there by taking Shinkansen (a bullet train) – 3 hours from Tokyo, 45 minutes from Osaka. But we came from the other side of country where we enjoyed the beautiful panorama along the 150-kilometer bus ride from Hiroshima.

With a population of only around 500 thousand, the city features the blend of new and old buildings. The way they are structured truly makes Kurashiki a one-of-a-kind.

Kurashiki has its history that stretches back to the Edo period, where the town was known as a hub for trading various commodities, such as rice and sugar, as well as other goods. Later, during the Meiji Restoration, Kurashiki was still a trading destination, with more goods on the list. The town was once a popular destination for trading textiles,

Unlike many other Japanese cities, Kurashiki survived World War II tragedy with most of the buildings unscathed. Many of the town’s original establishments, such as traditional houses, stores, mills and public facilities remain in beautiful condition. Today, they are still there, erected magnificently.

The old merchant settlement of Kurashiki is truly the perfect place to unwind after Tokyo or other big cities in the country. 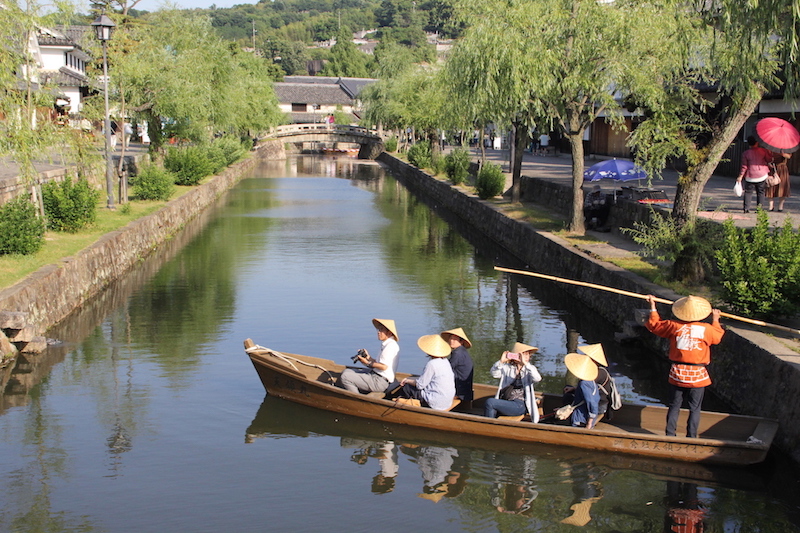 Kurashiki is not fast-paced cities like Tokyo and Osaka, really; what we saw was more like a town with slow pace of life that creates an atmosphere of peace of mind in the old charm.

It’s our first time to be here, but we could strongly feel the calm grace of the old merchant settlement. It’s a beautiful place in the charm of grey, black and white houses, lush gardens and parks.

Walking further from the Kurashiki station led us to Kurashiki Bikan historical quarter, which is the main tourist attraction in the town. The quarter is beautifully situated along the narrow canal and surrounded with graceful domestic architecture and the Tsurugata hill as the background.

While strolling through the quarter, we also found several buildings in western architecture style, erected sided with traditional buildings in the area – a beautiful blend of Japanese and western flavors in the town’s appealing green landscape. 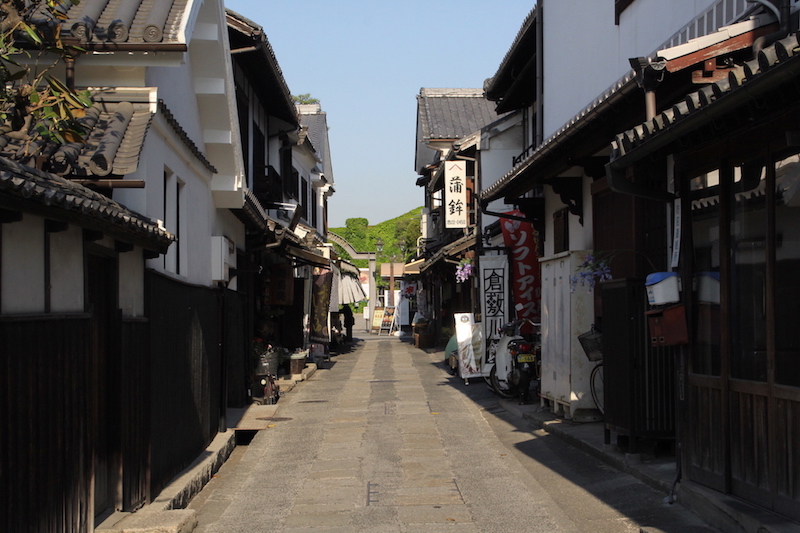 As we walked further, our eyes were feasted on a stunning array of traditional Japanese style shops selling handicrafts, souvenirs and local snacks. The prices are not as high as those in other cities, but it’s considered pricey especially for many tourists from developing countries.

It was in spring when we were there, so the climate was very favorable for such a heritage tour. As we kept walking around the block, we also notice some locals wearing traditional clothes as part of their daily routine.

Despite the town’s rich traditional roots, technology plays an important role in everyday’s life among the locals. It is not an unusual scene to see a public facility with automatic sliding doors, and the use of electronic toilet becomes necessity.