Kikuo Ibe became a pioneer in the world of watches because of a dream, his team and a refusal to crack under pressure.

The Japanese had loved the durable watch his father gave him as a high school graduation present, which lasted for 12 years through thick and thin. But most watches were expensive and less robust at the time, and the young Ibe was fixated on his dream of inventing a rugged and shock-resistant timepiece. 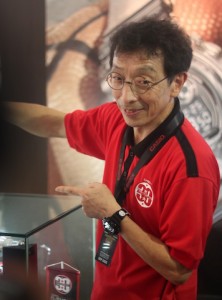 He joined Japanese electronics giant Casio as a member of its Design Center. He held onto his dream of creating his desired watch. After several years at the firm, and less than 30 years of age, Ibe presented the simple one-line concept – “a tough watch that won’t break when you drop it”.

His proposal was approved, but Ibe and his engineers spent two intense “practice-makes-perfect” years before eventually managing to hone the design and function as a strong watch.

He and his team designed prototypes and threw them down to the street from the toilet window of his research office on the third floor.

“I wanted to see how they survived. But they broke apart. I was shocked!,” he said, adding that his reaction led him to name the watch G-Shock.

In 1983, the first generation of Casio G-Shock appeared. Fast forward to the present, and more than 2,000 G-Shock models have gained popularity as arguably the world’s strongest digital watch.

The founding father of G-Shock and chief engineer for the firm’s research and development was in Jakarta as part of “Shock the World Tour 2013”, in commemorating the 30th anniversary of G-Shock.

Casio sized up the proposal as vague, but the lack of an enthusiastic reception did not deter Ibe. Instead, it fueled his spirit to work with his team.

“It was a very intense period of constant experimentation. I had to work all day and all night. As the leader of the team, I had to be the role model for my team. If you want your team to work hard, you have to work harder.

“I lost weight due to my hard work. Our team kept on working hard, and that’s the reason why I’m so slim now,” Ibe, 62, joked while gesturing at his frame. 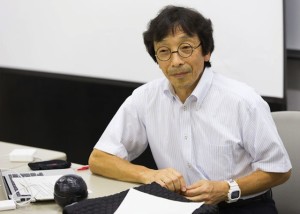 Once again, he laughs about the painstaking experimentation that went into getting the desired watch.

“We had to drop about 200 prototypes from our office window to test their strength. Of course we had to make sure that there was no one on the street before dropping the watches,” he said with a laugh.

He added that despite the importance of high technology devices and sophisticated designs, behind the success of perfecting his obsession in creating a strong watch was his solid team.

“You need to have an unbreakable team in order to create an unbreakable product! We went through countless failures, but we never gave up. My team was on the brink of giving up. But I kept telling them the importance of staying persistent in achieving a goal. We had to finish what we had started,” he recalled.

“The watch stunningly passed the endurance test, and we experienced our eureka moment.”

“I like DW-5600E as the design creates the feel of the very first G-Shock model that I came up with. The Mudman can survive various harsh environments. The newest Aviation series fits for pilots. I love to fly, visiting many countries. So it fits me, too,” he said with a grin.

“I travel with my team at least six times a year. What I love about travelling is the opportunity to meet people from different parts of the world,” he said.

“This is my second visit to Jakarta. The first was during the Shock the World Tour in 2010. Indonesians are very friendly and really know how to treat their guests. Apart from this, I’m amazed with Jakarta’s crowd and see that many youngsters are becoming more fashionable now.”

He said he was thinking of designing a G-Shock watch that fit Indonesian culture. “It’s part of my dream. I would like to design different models that fit many cultures in the world.”

Life is not only about work for Ibe. During his spare time, he plants vegetables in Saitama where he lives, about a 40-minute drive from Tokyo.

On a 100-square-meter plot of land, Ibe grows white radish, carrots and Japanese mustard spinach. He loves growing vegetables as much as he consumes them as a healthy food.

“Seeing my vegetables grow also reminds me of the result of the passion for hard work my team and I put in with G-shock,” he said concluding the interview.