By Prasiddha Gustanto. Published in The Jakarta Post on June 14, 2014.

To John Galvin, understanding people and culture is essential to overcome complexities while achieving business growth in Indonesia.

Conducting business in this diverse archipelagic nation is often a complicated affair. It requires knowing the people, how to work with them and the intricacies of dealing with complicated logistical matters involved in getting from points A to B, as well as stops in between. 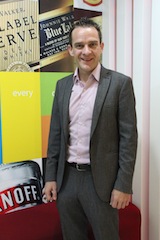 It is nothing new to John Galvin, chief representative of Diageo Indonesia, the domestic branch of the British multinational alcoholic beverages company.

“I see my role as a leader is to create clarity for people, so as to enable them to move forward with the issues that they are dealing with,” said the Dublin native.

Galvin leads Diageo’s business interests in Indonesia, which consists of multiple routes to market nationwide and its production facilities in beer, wine and spirits.

It is also his duty to ensure that the company respects the social norms concerning alcohol in the nation with the world’s largest Muslim population.

“Everywhere we are in the world, we only distribute our products for people who are of legal drinking age and in places where adults consume them. And I see no difference in Indonesia. There are rules and regulations that we should comply with and we take that as our responsibility,” he asserted.

Logistics is another challenge, says Galvin, who turns 39 on Monday. 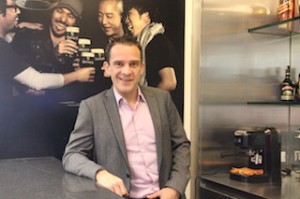 “Moving around Indonesia’s many islands to meet demand for various brands is no easy task.”

Despite the challenges, Galvin is optimistic about the company’s Diageo’s future in Indonesia. Many of Diageo’s most popular brands have long established roots.

“We can trace Guinness back to the region here since 1888, so for a long time, there’s been demand for the Guinness brand. Johnny Walker has been available in the region for over 100 years ago. We see the economic development of Indonesia as a very positive thing,” he said.

“We see the mushrooming of F&B establishments, including café and bars, in many parts of cities across the country. Surely, the market is promising here.”

He notes that Indonesia is the world’s fifth largest market for Guinness, the company’s largest brand.

He returns to the importance of clarity for business success. 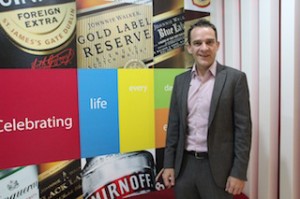 “For that reason, I always emphasize to my employees that whatever they do in their assigned tasks is for the benefit of us as a solid team, which in turn will positively impact everyone’s career advancement in the company. To achieve this, it requires constant feedback and interaction on the part of managers.”

Creating this clarity is what Galvin believes leaders need to do in order to ensure that an organization consistently delivers top-quality services.

“As long as there’s a culture of clear outcomes and feedback in relation to those outcomes, that’s where I think you motivate people. If it’s not in line with what you’re expecting, be clear about why it isn’t and how they need to improve. Or if it is ahead of expectations, you give people feedback and also the praise.”

For easygoing Galvin, being approachable is essential, especially in this nation. He observes that Indonesians, more so than any other country, love having personal connections in business.

“They like to work for people who they like, who they can connect with. It’s easy to sit on top of a business and deal with your leadership team, but in a country like Indonesia, it’s important to engage, be approachable and listen to them. Establishing such close connections really help to develop your personality to be open-minded,” he said.

“I honestly believe you can learn something from everybody. Regardless of where a person sits in an organization. Observing, listening and learning, I think everyone’s got something to add. You should always listen to someone’s point of view, because there’s always something in there.”

This certainly helps for a multi-linguist like Galvin who speaks five languages – English, German, French, Gaelic and Indonesian – fluently. His Indonesian proficiency helps him build stronger ties with his employees and clients, most of whom are locals.

Though he doesn’t consider it a defining aspect of leadership, language, for him, can be an enabler. It helps with clarity of thoughts, setting directions and motivating people.

I’m a big believer in a healthy body and healthy mind. In my view, work is a good challenge and requires a lot of energy. To do that, you need to be physically fit. I do quite a lot of sports. I play futsal, golf, yoga and gym. It helps me stay physically fit and mentally agile.

Reading helps me relax. At night, I read for 20 minutes or half an hour to switch my mind off and go to sleep.

Oscar Wilde has a famous phrase: “Be yourself, everyone else is taken.” Don’t try to be someone else. Trying to imitate or behave like someone else doesn’t work in the long term. Being yourself will lead you to be successful and, more importantly, happy.