Environment and parents undoubtedly play important roles in a child’s development. However, due to parents’ busy schedules, particularly in big cities, nannies or maids often take over much of the parents’ role in raising children. 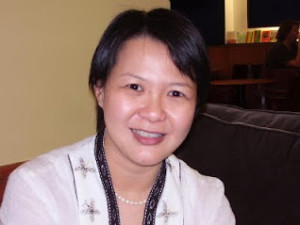 Problems can emerge when either the nanny or maid is poorly-trained or lacks any training whatsoever in child-care, a situation likely to put the child’s development at risk.

If nannies or maids are helping to educate children, particularly those of preschool age, it is important that they have some knowledge of their duties.

The Point spoke to Jenti Martono, the principal and academic manager of the Hope For Kids bilingual preschool, about the issue.

Q: How important is the role of nannies or maids in child development?

A: It depends on their education and how much time time they spend with a child. Besides schooling, parents play a big role in raising children. It is getting more common nowadays, however, that both the father and mother work. Consequently, 50% to 75% of the time which should ideally be spent with their children, instead sees them substituted by nannies or maids. The closest people to the children have the greatest influence in a child’s growth. The concern is that a child may pick up plenty of knowledge and many skills from school, but its nanny may not be able to support the child’s intellectual and spiritual growth.

A: How the nannies act and think is very significant because the children see the nannies as a reflection of the outside world and the nanny becomes a model for a child. For example, many of today’s TV programs have negative effects on child behavior. Nannies need to be able to protect children from such such negative influences. Nannies need to be encouraged to improve their awareness of child development.

Q: It’s clear that many of these nannies have inadequate education. Is it be possible to raise awareness in such nannies?

A: Yes, why not. We need to educate both the parents and nannies that their roles, being closest to the children, are just as important as the schooling children receive. The behavior of both parents and nannies has an enormous influence on children since they are very good at imitating what they see. Educating nannies to have such awareness, therefore, can help in child development.

Q: So, you mean that the education of nannies should be included in children’s schooling?

A: I personally suggest that preschools should have programs to teach nannies. Unfortunately, I don’t see many schools in Jakarta offering such programs. My team and I are on track to implement such a program soon at Hope For Kids bilingual school. We emphasize three developmental milestones that nannies should be aware of in caring for children: physical, mental and spiritual needs. These are the most fundamental aspects needed in early childhood, allowing children to have a better chance of ensuring themselves a bright future.

Born in Tanjung Balai Asahan, North Sumatra on Sept. 19, 1972, Jenti Martono earned her bachelor’s degree from the Faculty of Teacher Training at the Satya Wacana University in Salatiga, Central Java in 1996, majoring in English. She started her career as the English editor of Tempo Interactive during 1996. Then, she entered the world of child education, and has been a director at Pat’s Schoolhouse Indonesia since Aug. 2005. Recently, she became the principal and academic manager of Hope For Kids bilingual preschool.