With educational investment playing a more significant role toward the country’s rapid and sustained economic growth, South Korean Government has launched the nationally-funded project of a world-class education city. 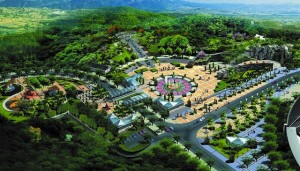 Jeju Global Education City, an initiative of South Korean Government and Jeju Free International City Development Center, is an education based urban development that houses an array of internationally high quality schools, colleges and other related education institutions as well as residential and commercial facilities in an English-speaking environment.

Being built on Jeju Island, the country’s largest island with more than double the size of Singapore, Jeju Global Education City is designed to be North Asia’s most prestigious educational hub that comprises School Zone; College Zone; English Education Center; Education, Culture & Art Center; and Housing and Other Commercial Facilities.

Being built on Jeju Island, the country’s largest island with more than double the size of Singapore, Jeju Global Education City is designed to be North Asia’s most prestigious educational hub that comprises School Zone; College Zone; English Education Center; Education, Culture & Art Center; and Housing and Other Commercial Facilities.

The school zone will accommodate around 9,000 students through the establishment of 12 elementary, middle and high schools. In addition, there will be more than 10 colleges and universities that will share a single large campus, probably the largest in Asia. 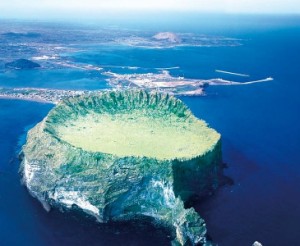 As an English-speaking education community, Jeju Global Education City is now in the completion phase of building the city’s English education center, which will facilitate trainings and language programs for English teachers, public servants and students in the pursuit of academic purposes.

The Education, Culture & Art Center is currently being in its first construction phase, with the second phase slated to take place in 2015. Designed for people of all ages and from all walks of life, the city’s education, culture and art center is where over 2,000 programs are offered throughout the year. Among them are operas, musical performances and theaters, as well as seminars, workshops and exhibitions of various themes such as art, religion, science, sports, to name a few.

Being an urban development, Jeju Global Education City will include residential complex comprised of rentals and lot sale properties, as well as commercial and public facilities such as fitness and sports facilities, shopping centers, hospitals, cinema, and more.

The city’s overall design is built similar to an English speaking country in the west, with the infrastructure such as sign boards and names of streets and places written in English, though some will be  bilingual in English and Korean.

More importantly, all the residential and commercial facilities in Jeju Global Education City are established in an environment where English will be the first language used as a communication tool.

Looking at the island’s beautiful charm and breathtaking scenery, the government is optimistic that the massive development will attract visitors and tourists from across the world.

In addition to building premium educational facilities and attracting internationally prestigious schools and colleges, the inclusion of Jeju Global Education City project in the Jeju Free International City is to meet the demand for overseas study in the Asia Pacific region.

As for Korean students, Jeju Global Education City will provide them with world-class education without the need to travel abroad. 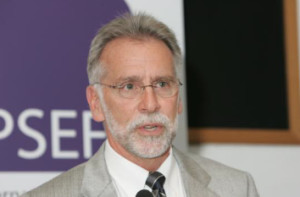 Christopher Bogden, Jeju Global Education City project manager for Jeju Free International City Development Center, said that the island’s strategic geographic location and beautiful scenery fit for an urban based education city. However, there are still many people in the world who are not aware with the stunning beauty of Jeju Island.

“Many of the institutions which have been training and educating Korean students have no familiarity with Jeju. Once they are exposed to Jeju Island, they will be absolutely intrigued by its unique natural beauty. The island also has a unique geographical position in Northeast Asia. It’s within about a two-hour flight from 18 major cities with more than 700 million people,” Bogden said in his presentation at a forum as quoted by The Jeju Weekly.

“Globalizing Education in Korea: A Case Study of Jeju English Education City”, was his presentation that highlights the success feasibility of the project, including his research and visits at a number of prestigious schools and colleges in the United Kingdom and the United States.

“What these schools find particularly intriguing about Jeju Global Education City is, perhaps first and foremost, its vision for itself: to build a world-class education city. The next most intriguing to westerners is Jeju Island itself,” he said. “Despite the project’s enormous challenges, I’m very fortunate that I can play my part in the project. This is where one of the world’s beautiful islands can now offer international education to global multinational student population, not only from South Korea, but also other Asian countries, and eventually from the West.”

Published in The Jakarta Globe Special Supplement on Nov. 29, 2011.