In the past few years, Irma Gold-Kunisch has committed herself to supporting early childhood programs in quake-stricken Giriloyo, Bantul, Yogyakarta, by helping children to learn to value themselves and to imagine new possibilities. 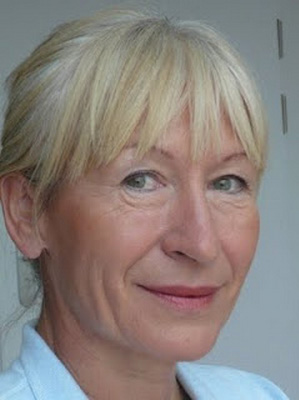 A retired German medical doctor, Kunisch first set up a makeshift school for children affected by the May 2006 quake.

“As I could not work in a hospital without the language knowledge, I decided to work with children since their language is universal,” Kunisch said recently.

Virtually all houses and the only school in Giriloyo village were leveled to the ground by the May 2006 earthquake, which also destroyed homes in Bantul regency and other parts of Yogyakarta.

More than 3,000 people were killed in the disaster.

The only school in Giriloyo was founded in 1983 by residents of Karangkulon, Giriloyo and Cengkehan villages. Being a private school, it received little attention from the government, let alone the funding that was vital to restore communities to their pre-disaster function.

The childhood years pass quickly but are said to be the most carefree time of people’s lives. Children who have lived through a traumatic event, such as an earthquake, however, may show numerous signs of stress.

Kunisch said she would never forget the sadness in the eyes of the children of Giriloyo.

“They could not laugh and would not talk. Their poor reaction to their surroundings prompted me to help them back to being naturally happy children,” she said, adding that the goal was to make them laugh again.

“With only two big backpacks full of paper, colored pencils, scissors, glue and other related materials I started doing some creative work with the children with the help of a young woman who spoke only Bahasa Indonesia but could interpret my ideas,” Kunisch recalled. 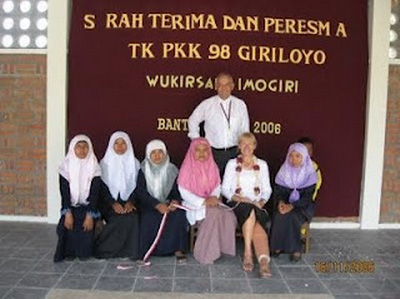 She played games with the children, providing creative and imaginative ways for them to express their fears, anger and sadness. And, within two weeks, the children were laughing again.

However, this was not enough, the children of Giriloyo really needed to go back to school.

And so, with the help of a young architect from Gadjah Mada University, Irawan, Kunisch started in July last year to rebuild the school. It reopened on Nov. 16 under the name of TK PKK 98 Giriloyo.

With 64 students aged 4 to 6, the school has two classrooms, one staff room, a library, a kitchen, two restrooms and a hall.

“And with limited funds and the help of three local teachers we are trying our best to do everything from teaching to administrative work,” Kunisch said. 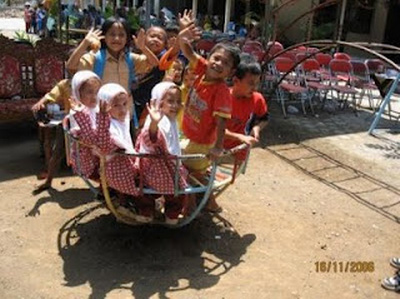 “The children are learning a lot. As in every class you have fast learners, shy students and those who like to disturb. But I think we are on the right track to giving every child the possibility of developing their skills. We have a marching band, gymnastics, drawing lessons, creative work and English,” said Kunisch, who comes to the school regularly to teach the students English, creative writing, etiquette and good manners.

Kunisch said she wanted the students to try new things so they would grow up to be self-confident and open-minded people.

“I sometimes bring visiting friends along, so the children get used to different types of foreigners, their behavior and culture. That way they can learn that everyone, including them, is unique. We also teach the children the importance of giving respect and being respected.”

The majority of the children’s parents are low-wage workers with little formal education. Thus, it is important to educate not only the children but also their parents.

“In our library we have books for mothers about cooking and healthy food. I regularly talk to both teachers and parents about the importance of good nutrition for their children. And I have noticed the children are now drinking milk,” Kunisch said.

She said she also talked to mothers about the importance of providing children with stimulating environments to develop their brains.

“I have bought more toys like lego and puzzles in order to encourage the mothers to play with their children. It is fun to see how active the group now is and how fast some children are in understanding these stimulating games,” said Kunisch, who is married to Rolf Kunisch, a retired CEO of a global company who is currently a lecturer at Gadjah Mada University in Yogyakarta.

To boost children’s reading habits, Kunisch said she first worked with their parents.

“As most of the children in our school still cannot read by themselves, we have to educate the mothers how to read together with their children like doing the storytelling using pictures in the book,” she said.

By Aulia Rachmat, published in The Jakarta Post, September 22, 2007.