Higher education has become a steppingstone to meeting the challenges of globalization. Many choose to further their studies abroad — such as in the United States, the United Kingdom, Australia, Singapore and Canada — upon completing high school. 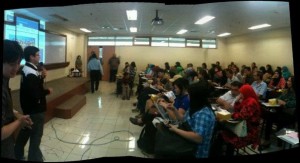 Due to the variety of majors on offer, many students are able to tailor their course loads to their individual needs. In addition, international students enjoy the best facilities of cutting-edge technology while pursuing an education in such countries. However, the cost of such a privilege is considerably high.

National universities with international standards of curricula have become an alternative for those who seek an international-quality education without having to leave the country. Not only do these universities use English as the language of instruction but they also have programs accredited and recognized by renowned universities overseas.

Originally a computer school in the 1970s, Bina Nusantara (Binus) expanded its program by affiliating with Curtin University, Australia. This bilingual university now has a range of programs such as Languages, Social Science, Business and Information Technology, designed to help its graduates secure prized careers abroad. 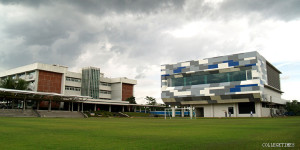 These bachelor programs (S-1) were established in cooperation with a number of renowned Australian universities. For example, its Accounting program cooperates with Curtin University of Technology and its Computer Sciences program with the Royal Melbourne Institute of Technology, and so on.

The Swiss German University (SGU), the first international university in Indonesia, was established by the Swiss German University – Asia Foundation in 2000. With the help of the German, Swiss, Austrian and Indonesian governments, the foundation was developed through the idea of Prof. Peter Pscheid, currently SGU rector, when he was a visiting scholar at the Polytechnic of Bandung Institute of Technology.

With English as the language of instruction, SGU has combined both theoretical and practical training into the curriculum. In addition to taking German language in their first year of study, students are expected to learn the difference perspectives of both occidental and oriental cultures. Moreover, the university offers two internship (practical training) programs, held in Indonesia in the third semester and abroad in the sixth semester for bachelor degree students. The country destinations include Germany, Switzerland and countries in Asia. “This will help build qualified professionals as well as strengthen links between nations in both Asia and Europe”, said SGU’s senior public relations officer Peggy Odang. Furthermore, not only bachelor degree students have succeeded in the curriculum but also master degree and PhD students. 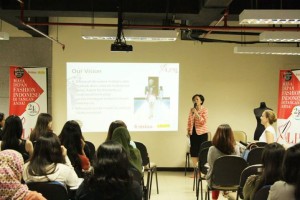 The booming of international standard curricula at colleges and universities in Indonesia is not only seen in Business Administration and Information Technology but also in other fields like fashion design. La Salle, a leading international design college, attracts those interested in fashion. First founded in Montreal, Canada in 1959, it now has branches in Australia, Canada, China, Colombia, Indonesia, Malaysia, Morocco, Singapore, Philippines, Tunisia, Turkey and Vietnam. La Salle College International Indonesia was established in 1997 and offers the following majors: Fashion Design, Fashion Business, Computer Graphic/Multimedia, 3D Animation, Digital Photography and Interior Design.

Despite the school’s French name, all lectures at La Salle are in English. “With closer to 300 students enrolled, our school emphasizes quality rather than quantity,” stated Tri Turturi, La Salle’s marketing communications manager.

Compared with campus facilities at many universities abroad, the facilities at these international universities are considered competent. Vast collections of books, periodicals, magazines and research libraries as well as computer laboratories have become a campus standard facility. In addition, schools are equipped with student lounges and student lockers. In terms of information science, Mechatronics Library and Laser Institute are value-added facilities at Swiss German University. 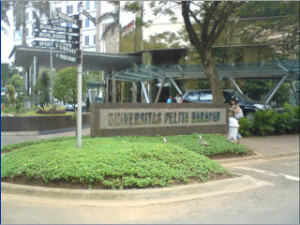