As Southeast Asia’s largest economy with a rapidly growing middle class, Indonesia is increasingly vulnerable to malware attacks, especially with the growth of businesses in various sectors in the country, according to Evan Dumas, regional director for Southeast Asia at Check Point Software Technologies, a global cyber security solutions provider that has defended over 100,000 organizations from malware attacks on their cloud, network and mobile devices. 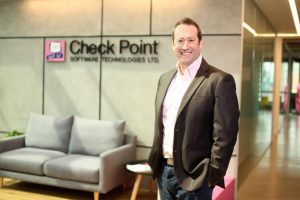 Malware is created with certain purposes, but most of them are created insidiously, to attack governmental institutions, corporations, and even individuals. The malware economy has developed so fast, as it has evolved to become a profitable business.

“Anything you are using is being targeted. It doesn’t matter if you are doing stock trading or playing a pivotal role in a government institution. We’re talking about data, important data in particular. There are threat actors developing malware to steal your data and anyone can be a target,” Dumas explains.

Check Point’s “Cyber Attack Trends: 2019 Mid-Year Report” has revealed that there are five malware types with increasing threat potential in Indonesia: ransomware (11 percent), banking (30 percent), mobile (34 percent), cryptominers (48 percent) and botnet (42 percent). The report also revealed that be it mobile, cloud or on-premise, no environment is immune to malware.

“Anywhere with a flow of money is a target, including e-commerce platforms. Accessing your data is what these malicious actors do with their malware,” he says.

For example, “Agent Smith”, a new variant of mobile malware discovered by Check Point researchers recently quietly infected more than 570,000 devices in Indonesia, while users remained completely unaware. Disguised as a Google related application, the core part of the malware exploits various known Android vulnerabilities and automatically replaces installed apps on the device with malicious versions without the user’s interaction or knowledge. While “Agent Smith” was being used to for financial gain through the use of malicious advertisements, it could have been used for far more intrusive and harmful purposes such as banking credential theft and eavesdropping.

The alarming growth of malware attacks should raise concern, and cyber security strategies have to evolve to counteract the threats.

“Our report shows that there has been a 50 percent increase in attacks since 2018,” he says, referring to the increase in the recent malware attacks that target corporate assets on cloud infrastructure, mail platforms, and individuals’ mobile devices. “This includes the rise of banking malware, as people now use their computers or smart phones to conduct banking transactions.”

Financial institutions, like banks, are a huge target for malware attacks, he adds. “JP Morgan is one example. The company was breached many years ago by malware actors using malware as a “weapon”. This resulted in banks becoming big adopters of security products.”

One of the dominating ongoing trends in 2019 is targeted ransomware attacks. The collaboration between threat actors has led to more destructive attacks that have paralyzed numerous organizations around the world. What ends with a ransomware attack usually starts with a more silent sequence of bot infections.

“People earning disposable income can be the target of ransomware. Once you become the victim, they want you to pay for the ransom of the data they hold back. The higher your income level, the more money you have to spend to get your data back,” Dumas explains.

Many people still feel antivirus software is adequate enough to protect their devices. This assertion is no longer true, as advance malware today is delivered through many vectors, including PCs, networks, and, most recently, mobile devices and the cloud.

“What people really need is the right solution that is capable of not only wiping out the common viruses but also the most advance malware,” concludes Dumas.