I Can Read Total Literacy Learning Centre Indonesia is proud to welcome Dr Tony Earnshaw, an Australian educational psychologist who invented a systematic English literacy program which is shown to be the most adaptable and effective in the world today.

His success story stretches back to the mid 80s where Tony started his 20-year research in Australia. Upon completed his first research, Tony concluded that the biggest contributor to poor performance in the primary schools was related to reading and literacy problems.

Having been aware with a condition where a significant number of English speaking children were measured as having an inability to read English properly in countries like the United Kingdom, Australia and the United States; Tony later teamed up with Annabel Seargeant, also an educational psychologist, to concentrate on children with reading difficulties..

After spending more than a decade of comprehensive research and work with children who have reading difficulties in Perth and Sydney, Australia, a pair of Tony and Annabel support the view that in general, poor reading skills are the consequence of ineffective and inadequate instructional approaches.

Not only did their research lead to the creation of ‘I Can Read’ system in 2002, but the two psychologists are now overseeing and running a giant education business with over 50 locations in eight countries including Indonesia. “Annabel and I are the principals of Total Literacy International Pty Ltd, but the business would have not run if we had not created the ‘I Can Read’ system,” says Tony, who until 2003 worked for the Singaporean Ministry of Education as a senior educational psychologist. 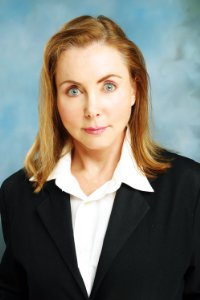 “The name is just as simple as how acquiring the reading skills should be,” Tony says referring to ‘I Can Read,’ name of the reading method.

While there are different methods to teach children on the relationship between sounds and letters, ‘I Can Read’ uses a special approach to help children identify correct sounds.

The approach is based on phonics, a method to teach beginners to read and pronounce words by the spoken sounds. But ‘I Can Read’ itself is indeed the system that teaches children how sounds link to combinations of letters, how to access sounds accurately and later associate sounds with their visual representations, which is the alphabetic system. Furthermore, both normal and dyslexic children can take advantage by using sounds contributing to grapheme – group of letters representing sounds – in learning how to read English even though English is not their first language, Tony explains.

And while there are only 26 alphabets in English, the single sounds differ one from the other. “Our approach is potential to make children become phonemic awareness, an essential skill to develop the children, particularly those at a young age, to be aware that some words start with the same sound despite their different symbol such as the words “five” and “phone,” Tony explains further. 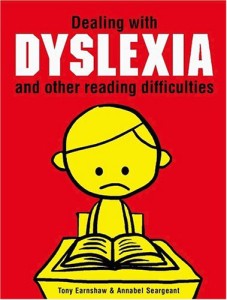 Truly, the I Can Read system provides support to children who are just starting to get a sense of literacy. The I Can Read’s unique method in teaching children how to read emphasizes on the system rather than memorization. To illustrate, a child needs to use two additional wheels to assist him or her learning how to ride a bicycle. Once the child acquires a sense of balance, he or she is ready to ride a bicycle without the additional two wheels. Similarly, once the child appreciates the relationship between sounds and letters and how they are combined, it is not forgotten. After years, he or she will not forget the skill due to the fact that the child knows the system (a sense of balance).

Over 40,000 students have attended ICR centers. Under Total Literacy International Pty Ltd, there are hundreds of teachers under contract, and the business itself continues to expand. Currently, I Can Read has established a presence in Malaysia, Thailand, Australia, China, United Arab Emirate, Singapore and Indonesia.

“We have sold the license for Indonesia’s franchise to PT Bina Literasi Indonesia as Jakarta’s Master of franchiser,” Tony explains. There are 6 centers established in the capital city of Jakarta since 2005. The newest one in Menteng is scheduled to be opened on …… .

Even though the growth is not as fast that in Singapore, Tony is very optimistic, owing to the learning system’s effectiveness, that the business potential for new I Can Read centers in the archipelago is profound.