With an upcoming golf & polo sanctuary, Daya Zakir expresses his confidence that , as much as golf, polo can secure a future in Indonesia. 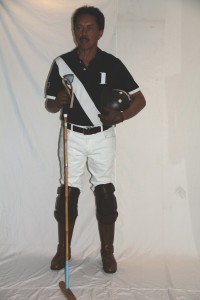 Many Indonesians remain unfamiliar with polo, but the archipelago has a history deeply rooted in the sport dating back to 1930s. The founding of Batavia Polo Club in 1937 by mostly Dutch nationalists was a key breakthrough milestone in the starting point of the development of polo in Indonesia. Later, polo became a forgotten sport in the country.

“It was Hashim Djojohadikusumo who started the modern polo in Indonesia back in mid 1990s. Later, his older brother, Prabowo Subianto devised the plan to establish Nusantara Polo Club as the revived version of Batavia Polo Club,” Daya, owner of Jagorawi Golf & Country Club, recounts.

Daya is Prabowo’s partner, and with the help of Daya’s father, Zakir, they commenced the first development of Nusantara Polo Club at Jagorawi Golf & Country Club in 2007. Daya says that the club’s strategic location with direct toll-road and green surroundings is very conducive to an international standard polo sanctuary.

ore than 70 horses from different breeds, such as Argentinean and Australian thoroughbreds, are kept at the club’s stables.

“That’s not all. We are still building more facilities with the help of two renowned architects, the Indonesian Yori Antar and the Argentinean Ricardo Balzano. An indoor equestrian centre, veterinary centre and more stables are on the map for t

he near future development. The collaboration of Yori and Ricardo is unique, as the two blend their own architectural styles from two different cultural perspectives. We are building a world-class polo club with the upbeat atmosphere of the best of the both worlds!” Daya says expressing his enthusiasm.

At present, Nusantara Polo Club functions as not only a meeting point for members and non-members but also for training national polo athletes. “Pak Prabowo has a great mission to produce the best talents to strengthen our national polo team. I totally support his idea, and the club has since 2007 become the home to our national team facilitating our polo athletes with trainings and accommodations,” he adds.

The club’s training facilities have honed the skills of Indonesian athletes as they have triumphed some victories over other countries including Malaysia. Aside from improving the national team’s achievements, Daya says that benefits National Polo Club has to offer also extend to building a polo community, where members and non-members can not only practice the game but also enjoy watching it in a fresh and laidback atmosphere.

Daya is married to Nivia Zakir, and the both are blessed with two daughters, Daninya and Shana. His older daughter, the 20-year-old Daninya is a young professional player. “She started playing polo in her early teen years. She’s the one who inspired me to play the game. I used to watch her playing polo and became interested in playing myself, and soon I found myself driving with her to the polo club every weekend,” he recalls adding, “I miss that moment as she’s now in her academic pursuit at the University of Manchester, England.”

The father of two has been playing polo for only four years but he has recorded a number of participations in polo matches. “I first learnt how to ride a horse at the age of 52, a year before starting polo. I’m now 57 and will keep playing.”

Daya takes sports as part of his lifestyle. Polo, golf, swimming and skiing are the sport activities he enjoys the most. “Just like with polo, I started skiing after reaching 50. Switzerland is where I like to ski. You gotta try new things or you don’t know what you’re missing.” With his avuncular smile, Daya concludes the interview, “Never too late to learn. As for polo, Indonesia may be behind compared to other countries. But we are catching up with great talents. Batavia Polo Club was the past, and Nusantara Polo Club is history in the making.”