Making the most of UK overseas study with all the experiences that enhance the quality of learning.

Known for its educational excellence, which features a wide diversity of subjects and institutions, the United Kingdom has become one of the most popular study destinations where students from all corners of the world can indulge in memorable experiences during their studies.

It is a friendly, welcoming place for people of all countries, cultures and faiths. It sounds like propaganda, but Nicholas Juan Tatang who is in his first year of studying at Newcastle University reveals that he is gradually making his overseas destination a second home. 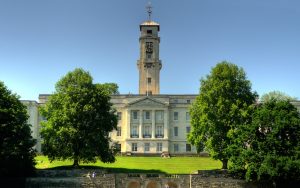 Courtesy of University of Nottingham

‘The town is very tranquil. It’s so different from Jakarta where I used to live. Prior to coming here, I did hope for the best and prepared for the worst. But all my worries were gone after I found the town was wrapped in local friendliness. And despite being in a quaint place, I’ve made friends with students from various cultures and backgrounds. That’s the beauty of studying here,’ Juan, as he is known, said of Newcastle upon Tyne, a city in the northeast of England.

Not only is Newcastle University one of the leading public research universities in the UK, but it is also famous for architectural studies. ‘And that’s also what brought me here. I chose England because so many top architects, such as Norman Foster, Zaha Hadid and Rem Koolhas, studied here,’ the 19-year-old said in an email interview, adding that he planned to get an internship later in the third year of his study.

In line with Juan’s assertion, Amalia D., who completed her undergraduate program at the University for the Creative Arts (UCA), said that studying in the UK for her was an experience worth appreciating.

‘In the past I had studied in Australia and visited my sister who studied in the US. What I saw from those two countries was that one of the advantages of studying overseas is that you will meet many students from different countries. At first, I didn’t think that the UK would give me that much international experience. But I found it otherwise. While I was a student in the UK, my culture shock gradually vanished after getting to know people from various countries and learning about their cultures,’said Amalia, 26, who is now a Jakarta-based graphic designer.

Many schools, colleges and universities have international student societies to ensure students feel welcome and are supported throughout their time in the UK.

These societies organize activities such as parties, pub quizzes, film nights and excursions to local tourist attractions. ‘At UCA students’ union, there are an array of clubs and societies, from animation to hip hop. I myself once joined a salsa club. Whatever activity you choose, this is a great way to enhance your social life and to meet nice folks from different races and backgrounds,’ she said.

Wina, an alumnus of the University of Nottingham, also expresses her delight at having the opportunity to study in the UK. She completed her degree in chemical and environmental engineering a few years ago. It has been a while since she left the UK. However, she said that her current success was attributable to the knowledge and experiences she gained while studying there.

‘I learned to communicate and engaged in projects with people of different nationalities. Later, in my career field, this really helped sharpen my know-how in dealing with different personalities in the working environment,’ Wina, who is now an education consultant, remarked.

In retrospect, Wina, 28, said, ‘I loved the ambience of my university, with a lake and great nature as surroundings. Another thing that I enjoyed so much was travelling. With UK railway services, getting anywhere in the UK is very convenient. Studying in the UK is a privilege for me as the country has one of the best education systems in the world.

‘In terms of overseas study destinations, the UK has gained in popularity with more students flowing in. According to the British Council, in 2012, more than 500,000 international students from 200 countries studied at UK schools, colleges and universities, and a further 600,000 students came to study English.

In fact, at UK universities and higher-education institutions, over 16.8 percent of all students and over 25 percent of academics and professors are from outside the UK. There are many things that Indonesian students find to their liking in the UK.

There are many things that Indonesian students find to their liking in the UK. 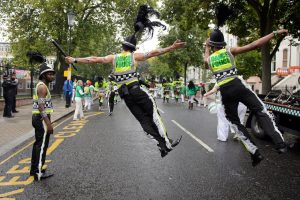 Aside from having the opportunity to discover the country’s culture, they can conveniently travel across the UK’s four nations: England, Wales, Scotland and Northern Ireland. It is also easy to explore Europe from the country.

There are many festivals and events throughout the year and across the country, from pancake races in Buckinghamshire to the world’s largest arts festival in Edinburgh. The Notting Hill Carnival in August is one of Europe’s biggest street parties, while Leicester’s Diwali celebrations in October are some of the largest outside India. These are opportunities to experience the UK’s multicultural heritage, as well as to enjoy food, music and dance in spectacular style.

British people are passionate about music. There are hundreds of live music gigs here, from classical and jazz, to pop and rock. In summer, nothing beats camping at a music festival. For a unique experience, try one of the UK’s many folk festivals for traditional music.

No trip to the UK is complete, however, without going to a comedy night. Experience the UK’s somewhat eccentric sense of humor ‘just don’t sit in the front row unless you want to become part of the act!