Blessed with beautiful scenery, Maluku has tapped the large potential in tourism and hospitality industry. Hotelier Andre Sitanala expresses his enthusiasm on how the industry could shape the future direction of the Spice Islands.

“One of the development strategies to build Maluku toward economic recovery is through tourism and hospitality. However, it would be hard to succeed without the support of the islands’ good infrastructure that ensures safety and comfort,” says Andre Sitanala, the second-generation owner of the Mutiara Hotel in Ambon, the capital of Maluku. 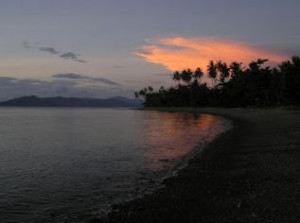 Andre inherited the hotel, which was established by his parents in 1967. He started getting involved with the business in the early 1990s after completing his academic studies at Bali Tourism Institute (STIP Bali). While at college, he developed his passion for hospitality industry working at few hotels such as Bali Hyatt, Sanur and Nusa Dua Beach.

“I was amazed with how international standard hospitality infused in the charm of tourism industry on Bali Island, especially Club Med in Nusa Dua,” Andre recalls.

His academic achievement and work experience are what made him take on a different challenge while experiencing a whole new world as a hotelier. “Bali is very different from Maluku. The charm of Balinese and local culture, with the support of the island’s adequate infrastructure, stimulates the feeling of comfort and safeness. Ambon is still far behind, but there’s hope on the way.”

The start was not an easy task for Andre. Ambon was overshadowed by social conflict and sectarian violence. As the region was gradually returning to tranquility, Andre’s optimism revived. 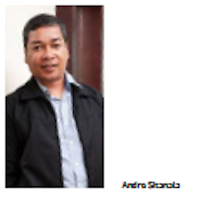 The Mutiara is a boutique hotel strategically situated in the heart of Ambon, so location is undoubtedly the hotel’s great asset. But Andre always holds to the belief that a success in a hotel business also comes from strong human resources and good management.

With the support of his siblings, Andre refurbished the hotel with modern equipment and international standard facilities. He brought in a qualified cook and well trained staff. “We had to do a comprehensive revamp in order to deliver the best to our guests. Aside from maintaining good quality service, it is also my duty to keep the legacy of my late mother’s vision to keep the hotel as a safe, family-oriented space.”

Andre is married to Reita, and both are blessed with a son, David Juliano Sitanala. Andre’s being role model as a father to his son has remained with in a kind of father-child relationship with his subordinate staff, of whom he encourages, motivates or even reprimands depending on the circumstances.

“We cannot grow without the help of others. Therefore, it is important that a company focuses on utilizing its human resources optimally so as to become team players,” he advises. 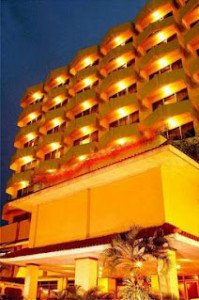 While remaining at the helm of the Mutiara, Andre helps his wife run a public relations firm, Lucid Communications. He acts as an advisor in the firm, which deals with local and international clients including IT multi-national giants.

“Public relations and hospitality are interrelated in a way that both demands constant improvement in quality services,” Andre asserts. As a matter of fact, he has proven his ability to take the Mutiara to a higher level, as the hotel itself has named one of the top 250 successful companies in Indonesia by SWA Magazine.

Despite the presence of international hotel chains such as the Aston and Swiss Bell, the Mutiara is still a favourite, particularly among government high rank officials and foreign visitors.

When asked what the recipe behind the success of maintaining its popularity, Andre responds, “Word of mouth! It has more potential promotion compared to other means of advertisements. People talk, and once they know that your product or service is what they look for, they will spread the news.”

Nevertheless, Andre is aware that hotel business in Maluku is still far from being flourished in comparison to some other regions in the archipelago, like Sumatra, Sulawesi (especially Java and Bali).

Andre, however, recognizes the tourism potential in Maluku Islands, which can boost hotel business and other related field in the hospitality industry to flourish. Correspondingly, he and his wife have held a number of events promoting the region, such as Ambonesia Photography Contest in May 2011. 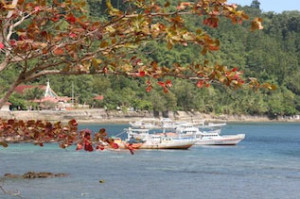 Maluku Islands offers beautiful panorama such as palm-fringed white beaches and coral gardens. There are many resorts well worth the stay on the islands, such as in Ambon, Halmahera, Morotai, Tidore Seram, as well as on Banda Islands, Kei Islands and the Tanimbar Islands. Visitors can enjoy the exceptional beauty of beaches while indulging in diving and snorkelling.  Ambon also offers unique collection of ethnic handicrafts, ranging from ships made from cloves and mother-of-pearl collages, to weavings and primitive carvings.

“Looking at what the islands have to offer, I don’t see any reason why I shouldn’t be optimistic with the future outlook of tourism in Maluku,” Andre expresses his confidence while expressing his hope that both central and local government will play more active role in promoting the islands.