Southeast Asia’s strongest economy, Singapore has been gaining ground for its architectural masterpieces that have won the hearts of worldwide citizens seeking a safe haven for property investment. And we had the opportunity to be among the first to preview two of the most prestigious high-rise residences in the city-state island. 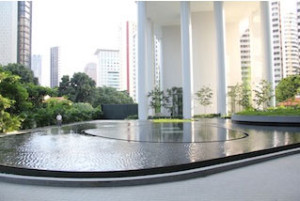 “More than 55 percent of those who have purchased properties in Singapore are foreigners, 60 percent of whom are Indonesians,” according to Len Siew Lian, general manager of property of Wing Tai Holdings Limited, a Singapore stock market-listed company and one of the most reputable developers in the city-state island.

Her statement is in line with the fact that Singapore is among the countries whose foreigner-friendly business environment allows foreigners from anywhere in the world to purchase properties with full-ownership title. Indeed, the city-state island of Singapore is one of perhaps only few that issue a freehold title, which enables owner, be it local and foreigner, to hold the property in perpetuity.

Len adds that high-end apartments in Singapore are approximately priced from S$ 5 million to even as much as S$ 20 million or more. It’s almost twenty-fold of the prices of luxury apartments in prime areas in Jakarta! 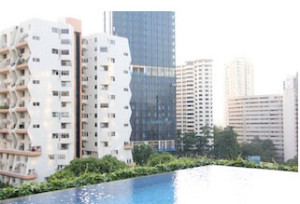 Despite this huge price disparity, nevertheless, she remarks that the demand of foreigners willing to invest in properties in Singapore keeps increasing. “Apart from the country’s economic health and stable political climate, the land’s limited supply is one factor that makes the appraisal value of a property in Singapore has the tendency to grow faster than that in its neighboring countries.”

In this issue, we would like to take you to glance at two Singapore’s newest upscale apartments with their unique designs and sophisticated features, which explain why investing in a property in Singapore is very promising. 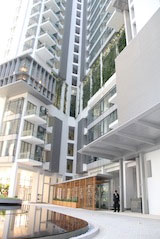 As the name suggests, Helios, which refers to the personification of the sun in Greek mythology, is designed with architectural features that sophisticatedly filter sunlight yet maintaining the brightness with breezy ventilation.

Occupying the 80,000 square feet (around 7,432 square meters) area, Helios is comprised of two towers each having 20-story condominium, with a total of 140 units.

Helios offers 137 units of two, three and four-bedroom, as well as three penthouses. “All the types of units including the penthouse have wide windows in the living room and bedrooms, allowing residents to enjoy the beauty of one of the world’s cleanest countries during the day and lighting artistry during the night,” she adds.

Architect Harold Guida, American born now living in Australia, is the man behind the building of Helios. With more than forty years of international experience in building various projects of interior and urban designs, Harold has transformed high quality sustainable materials into such an architectural masterpiece. And today’s propitious time is a treasury in which the lucrative value of purchasing this investable masterpiece can be passed down to your next generations.

The concept begins with a pure white form that towers into the sky, infused with greenery that balances the natural elements with the purity of space.

Situated on Ardmore Road, one of the Singapore’s prime addresses and within walking distance to Orchard Road, the name Le Nouvel Ardmore can be translated as redefining the well-heeled neighborhood as the New Ardmore that creates all the joys of living in Singapore.

Sitting elegantly on a 185,000 square feet (around 5,623 square meters) area, the condominium houses 43 units of 4 bedroom apartments and one exclusive penthouse. 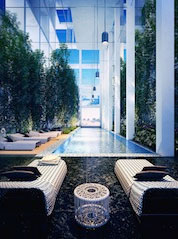 The building’s landscape concept includes a reflecting pool and canopy trees with pockets of bamboo and sky terraces wrapped with greenery in the air.

“Jean has weaved the magical bond, between past and future, between mineral and vegetation, between instant and eternity, between visible and invisible. His approach is one of contextual specificity, of pure originality,” Edmund Cheng, deputy chairman of Wing Tai Holdings, attests.

Mr. Cheng concludes that the ultra high net worth individuals and savvy investors with sophisticated tastes who demand high quality and aesthetic in both architecture and craft will find Le Nouvel Ardmore promising as a valuable long-term investment.