Originally was published in The Jakarta Post on May 23, 2015. 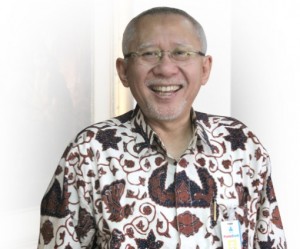 Veteran banker Herwidayatmo focuses on openness and firmness in capitalizing on his leadership savviness to take his team to the next level.

With an avuncular smile, PaninBank president director Herwidayatmo welcomed The Jakarta Post into his office in South Jakarta’s CBD.

“I have high confidence in the future of Indonesia. The country’s favorable macroeconomic condition has greatly supported the performance of many banks,” he said while peering at the city view from the 11th floor of his office building. “And I’m glad that I’m now part of one of the country’s leading banks.”

Herwidayatmo was appointed to lead PaninBank in September last year. The 58-year-old is one of the nation’s most experienced bankers. Commencing his career in 1982 at the Capital Market Supervisory Agency (Bapepam), he later climbed to the top to head the agency and held various leadership positions in other organizations such as PermataBank and the World Bank.

Back in 1998-2000, he was deputy state-owned enterprises minister in charge of restructuring and privatization.

“While I was working for the government, especially with Bapepam, my day-to-day activities mostly involved dealing with the private sector. Regardless of where you are, be it the public or the private sector, the success of an organization really depends on the solidness of its team. And it takes effective leadership to produce a great team.”

Aside from his banking expertise, his ability to deal with people of different backgrounds is probably what has shaped him into a man who has enjoyed the best of both worlds. But his confidence and courage are what also enable him to fuel the spirit of his subordinates to move forward.

In his mind, ideal business leaders are those with the ability to motivate their teams toward making positive changes in the company’s productivity, efficiency, innovation and business development.