The art deco telefoongebouw, a Dutch telecommunications office in the 1920s, still stands in a prime area of Menteng, Central Jakarta. The building has now been transformed into The Hermitage, a recently opened luxury boutique hotel that blends culture and heritage with five-star amenities.

The Jakarta Post’s Aulia R. Sungkar spoke with the hotel’s general manager, Eleonore Astier-Petin, about what makes the hotel stand out from the crowd and the future of heritage hospitality as a tourist draw. The following is an excerpt from the interview. 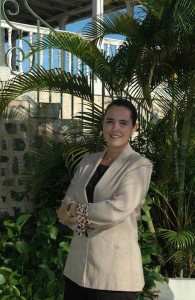 Question: What lay behind the idea of turning the building into a luxury boutique hotel?

Answer: The historic value of the building is priceless, not least its art deco details that offer a living sense of the building’s past. Originally, the building was called the telefoongebouw in 1923, when it served as a Dutch telecommunications center. Later, it became the Dutch education ministry and an office of Indonesia’s first president, Sukarno. Despite its rich heritage, the building has the potential, like other similar buildings, to be abandoned if not maintained. The Hermitage has been established to carry out restoration work on this heritage building, but in its new function as a luxury boutique hotel.

Have any changes been made to the premises?

Only a very small, insignificant portion at the back, which was demolished to make space for the tower. The nine-story tower houses 90 percent of the guest rooms. We have 90 rooms and suites, of which 68 feature their own private living rooms. The heritage-style rooms are luminous with marble floors and white molding. The building’s art deco architectural style, wall dividers, window fittings and all the doors are original, dating back to 1923. 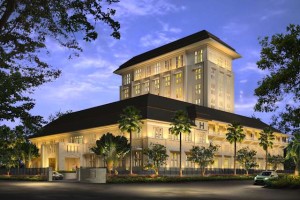 What are the perks of staying at this hotel?

The hotel’s small premises allow for highly attentive service. You will feel that you are actually staying in someone’s home, but with all the perks of staying in a five-star hotel, such as 24-hour room service and 24-hour concierge. We have two restaurants and two bars. L’Avenue is the hotel’s main restaurant and serves breakfast, lunch and French cuisine for dinner. The Courtyard Café is our terrace designed with a Parisian look and feel. The Hermitage Lounge is a retro-bar with two lounge areas ideal for afternoon tea. Moving further into the lounge, there is a bar and a wine and cigar room housed in a 1920’s setting.

We are now finishing the construction of the rooftop, which will be equipped with a swimming pool, fitness center and bar. The rooftop will also include a panoramic observation deck, so guests can enjoy stunning views of the CBD [central business district] skyline and the surrounding area of Menteng.

All the facilities in the hotel are comparable with those in world-class, premium hotels. But what makes The Hermitage unique is its smallness, which not only captures a strong sense of cultural heritage but also oozes an air of coziness and intimacy. In fact, we get to know our guests by their names rather than their room numbers. 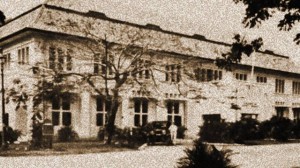 What lies behind the name, The Hermitage, and why did you pick Menteng as the site for the hotel?

Frederich Moeis from international design company Bentuk actually came up with the name, which seemed like a perfect fit for our hotel. The word “heritage” represents a form that is both classical and elegant, and conveys the notion of a retreat. Menteng is an ideal site for the hotel due to its vast number of art deco buildings.

How about the hotel’s market segmentation?

We are targeting corporate clients and government and embassy personnel as well as local and foreign tourists, particularly in the leisure class. And yet, we are a boutique luxury hotel. We are also hoping to attract other vacationers, including those transiting Jakarta for Bali and other places. We launched the business in April this year, with a soft opening on the April 14, and a grand opening is scheduled for the end of May. We are still new, but I believe our unique feature will add to the growth of Indonesia’s hospitality sector. Optimism is the word that represents our spirit. 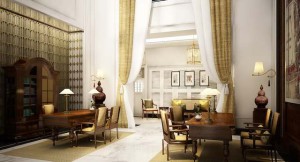 How optimistic are you about the hotel’s business over the long term?

The growing middle class and the increasing number of high net-worth individuals in Indonesia have paved the way to the country’s burgeoning hospitality sector. In fact, demand for hotel accommodation, in both middle-class and high-end segments, is setting the trend. I believe many people, both local travelers and foreign visitors, are interested in discovering Jakarta and its history. And The Hermitage is designed both for accommodating a hotel stay and promoting the city’s cultural heritage. So, why shouldn’t we be optimistic?

Do you think more Indonesians are beginning to appreciate their heritage and culture, especially when combined with high-end accommodation?

It’s something that has been neglected for a certain amount of time, due to different priorities. I’ve only been here in Jakarta since July 2013, but from what I have observed thus far and learnt even before arriving in the city, is that the last two years have seen the start of a renewed interest in Indonesia’s architectural and cultural heritage. My intuition tells me that within the next 10 years, there will be a huge revitalization of heritage buildings, whether here in Menteng or Kuta Tua [Old Town] or elsewhere. Heritage hospitality definitely has the potential to set a trend in terms of tourist destinations. And I believe in the next decade or so, we are going to see Jakarta become a new center of culture.

Published in The Jakarta Post on May 16, 2014.  Photos courtesy of The Hermitage Menteng.