Hendro Gondokusumo admits he faced his fair share of setbacks before the company he founded, Intiland Development, emerged as one of the leading property developers in the country. 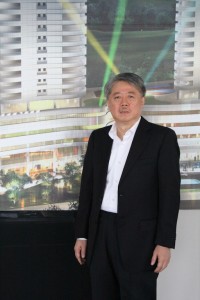 The firm began brightly in the 1970s with construction of housing compound projects Cilandak Garden Housing in South Jakarta and Darmo Satellite Town in Surabaya. These ushered in even more ambitious undertakings, including Intiland Tower Jakarta in 1984 and Intiland Tower Surabaya in 1997.

Listed on the Indonesia Stock Exchange since 1990, Intiland has undergone several changes of its company name, from Wisma Dharmala Sakti in 1984, Dharmala Intiland in 1991 and finally Intiland Development in 2007.

Despite the various corporate name changes, Hendro’s leadership style has remained focused. He believes it’s not only important for a corporate leader to have vision, but also the ability to manage human resources in facing challenges.

Their importance was evident during the devastating 1998 monetary crisis, when most major corporations, reeling from the turmoil, gave staff the option of taking a pay cut or leaving the firm.

“We opted for neither!” Hendro, 62, recalled of his decision to retain the company’s 2,000 staff. “To boost cost efficiency, we actually had a salary cut, but it only applied to some of the employees. Those who were in higher positions took a bigger salary reduction. We didn’t cut the salaries of those in lower income brackets. 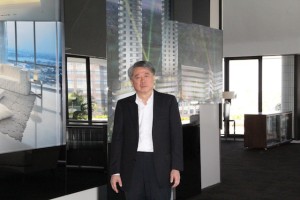 “Keeping our whole team on the payroll in a time of economic turbulence created a strong sense of belonging.”

The property sector was especially hard hit as the rupiah crashed, but Hendro’s team maintained a daily routine despite the morass.

“Togetherness was and has always been our key to survival in this business. How could the company survive the crisis if all the employees left us?” he said.

A solid team is indeed a reflection of Intiland’s strong human resources focus, which in turn leads to the team’s commitment to doing its best. Its survival during the 1998 financial crisis built trust in shareholders and stakeholders as well as banks that later committed to financing the company’s project after the brunt of the economic crisis passed.

“We used the loans from the banks to restructure the business. We stayed stagnant during the 10-year restructuring with very few projects. With our fantastic team, Intiland set another journey with new challenging projects,” he explained. 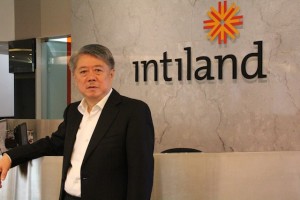 Human resources are what also connect Hendro’s leadership with customer satisfaction in the property business.

“I always tell my staff and board of directors about the importance of quality over quantity. For instance, minimum quality standards of development should be the bedrock for even building an affordable housing complex. Otherwise, just don’t bother proceeding with the project. And you know that quality control of a property project would not be achieved unless you have strong human resources with respective skills,” Hendro explained.

In late 2000s, Intiland started to sell its mature assets and uses the funds to finance some of the company’s projects, including branching out with new line of business, hospitality projects operated under the company’s subsidiary, Intiwhiz International.

The hospitality sector is currently focused on developing a budget hotel chain under the brand “Whiz Hotel”.

“We established our first hotel in 2010 in Yogyakarta, and we have several hotels opened in big cities across the country. Our target is to have around 50 hotels by 2015.”

He didn’t earn his college degree, but Hendro has gained expertise through various means, from autodidactic learning to informal courses.

As Hendro believes in the power of networking, his daily routine also includes taking active roles in several organizations, such as the Chinese Indonesian Entrepreneur Community and Indonesian Chamber of Commerce and Industry.

Determined to bring his company to the next level, Hendro said he thinks about the property business even on the weekend.

“I love exploring property projects, be it those of Intiland or other developers, on weekends. And I really enjoy observing different architectural styles of buildings and developments when I travel.”

Japan is his favorite destination.

“I’m amazed by the country’s infrastructure. They have really done a great job in harmonizing technology, nature and cleanliness. It’s indeed inspiring,” he said.