By Sudibyo M Wiradji. Published in The Jakarta Post on July 13, 2013

With more than 17 years experience working in a multinational company, including three years in Southeast Asia, Heiko Weissinger, president director of pet foods producer Royal Canin, has found the secret of managing people, which has led to business success. 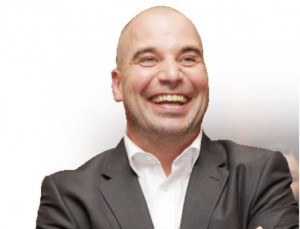 Adopting unsuitable managerial approaches in a country with different cultures may lead to human resource problems. Weissinger, who prefers to be called Heiko, is well aware of this and knows how to deal with it.

Understanding the background and culture of a country where a business leader works is very important, as this will not only make projects run well but will also keep employees passionate and loyal, he said.

“If I talk to the [Indonesian] team here the same way I talk to my Austrian team, they would feel uncomfortable, which could lead them to resign. In Austria or Germany, I ask [a team] to do this and this and tomorrow at 5 p.m. the work is done. Here we have to explain why it has to be ready tomorrow at 5 p.m.,” said the 42-year old.

A leader must have a high level of adaptability, a required leadership quality, in addition to listening and understanding.

Adaptability does not necessarily mean blindly following a local culture but adopting supporting points to achieve the goal effectively.

“So, as a multinational company, we should not only seek a mixture of listening, understanding and adapting to local culture but should also adapt to our international strategy,” he said.

“To translate the strategy into the local need is a key to success. Cultural diversity is also a very important factor to consider,” he said.

Born and raised in Germany, Weissinger started his managerial posting in Southeast Asia as managing director of Royal Canin Malaysia Sdn Bhd in 2011 and now holds the position of general manager of Royal Canin MSI (Malaysia, Singapore and Indonesia). In March 2013, Royal Canin set up its legal entity in Indonesia and had its grand opening in May, with him as president director.

Carrying out his managerial tasks in Southeast Asia requires him to spend half of his life overseas and the other half in his homeland.

Since he started working in Southeast Asia in 2011, he always has stayed three weeks in Indonesia and 10 days with his family in Germany.

“I spend most of my time traveling. Last year I traveled 600,000 miles, covering Malaysia, Singapore and Indonesia and the trips to Europe. Apart from the hotel where I stay, I sleep on a plane when I take a night flight,” he said.

When it comes to culture, one should not see it as merely black and white.

“Life is gray. Even though Switzerland is close to Germany, they are completely different. It gives me so much in life to see that things we are doing are not always right. You can get a completely different impression of your home country if you look at it from the outside,” he said.

“And this is what teaches you a lot about how to manage different people and that’s why I say it’s not only a challenge but also a gift that God has given to me. I have the opportunity to experience that.”

A lesson from his more than 17 years of experience in working in a multinational company is that people do things they understand, not based on the order given.

“If you have engaged and motivated associates you don’t have to tell them what to do and how to do it. Associates should make decisions and have always the feeling as if they are working in their own company,” he said.

Personally he has also changed.

“I was extremely straightforward, extremely tough, I give direction to people. I have learned that you can reach much more when people are fighting for what they believe and understand. So, I think it is the biggest lesson in 17 years when you can see how a company can have a vision driven by people who have the passion because they understand,” he said.

Weissinger’s management style is about giving trust and freedom combined with good guidelines and values so that people can identify with the company and its culture.

Creating a world for dogs and cats by providing them with the most precise health nutrition possible is the motivation of the company’s business. Therefore, employees who are eligible to work in the company are people that have a passion for dogs and cats and “of course, candidates who are willing and capable to deliver our promises to the market”.

To instill a genuine spirit of working honestly and professionally, the management provides its Mars 5 principles – quality, efficiency, mutuality, freedom and responsibility – for employees. “The principles are combined with the values of the company, namely Animal First and Knowledge & Respect. These values will guide every single associate in his daily business,” he said.

According to Weissinger, recognition is an extremely important engagement and motivational tool. “It should follow immediately the good work done by someone in the company,” he explained.

“We try to act immediately on good performance and rewards can be given in many ways – celebrations, promotions, special bonuses and public recognition to the team and the associate just to name a few. Finally, we have also implemented a team bonus based on results, which we will only reach if everyone is going the extra mile,” he said.

Asked about the strong points regarding Indonesians’ working habits, he said: “I think in Indonesia, you’ll find a lot of passionate and loyal people. You will see people working in the same company to a much higher level than in Malaysia, where job rotation is very high.”

Weissinger believes that life is like a boomerang, which correlates with a way of doing business.

“The positive and negative things that you say and do will come back one day,” he said.

Lots of traveling, including back and forth to Indonesia and Germany, requires him to always stay fit. He tries not to experiment with food from the street and goes to a gym on a regular basis. “I go to a gym, at least for half an hour, to burn the fat in my stomach,” he said, adding that he had gained five kilograms since he started working in Indonesia.

Staying in Jakarta for a couple of weeks has made him aware of the city’s inevitable traffic congestion, which reminds him of Bangkok in mid 1990s, in which proper public transportation system was not yet available.

“I personally believe that Jakarta’s traffic situation will change in 10 or 20 years,” he said.

The father of two relaxes by playing golf. But due to his tight schedule, which requires much travel, he has hardly had time for his hobby.

“Spending time with my family is already a great activity. Having two small girls keeps me busy whenever I’m around, so I don’t need to make too many plans,” he said.

“I hope I’ll have more time to do it [playing golf] at the beginning of next year and see more of the country, not just the hotel and offices. That’s my goal.”