Not only has organic food marked its footprint in health revolution, but the presence of what it seems to be the healthiest fine-dining has become a magnet in upper market. 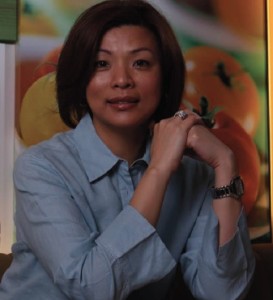 In today’s globalization era where competitiveness takes place in daily routines, staying healthy has become ‘a must.’ In line with this phenomenon, one will never deny that living a healthy life always depends on what food consumed, leading to the harvest of organic products in the market.

In spite of the health benefits of organic food one can get, some people might be intimidated by the term ‘organic’ due to the myth that the food is less tasty. According to naturopathy doctor Riani Susanti, nevertheless, organic food tastes better.

The food is crunchier and palatable. It’s even hard to tell when comparing with the non-organic food, she adds. “But there is a slight difference in taste since organic food contains ingredients that have not been sprayed with pesticides nor given a hormonal injection,” explains Riani, who is also the detoxification specialist and one of the owners of Healthy Choice Indonesia.

Having free of monosodium glutamate (MSG), sugar, pesticides, preservatives and other related chemical substances, Healthy Choice serves an array of fresh healthy dishes and beverages without leaving the original taste. Chicken curry, for instance, should taste just like the original taste of the curry; not the added taste of MSG. 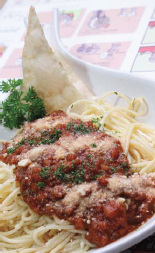 She furthers that healthy plants and animals should be naturally raised without being injected with pesticides or artificial agents. The use of artificial chemicals like plant growth regulators and livestock feed additives may contribute to immunological disorders.

Riani was the first to open colon hydrotherapy centre in 1999; an alternative therapy to cleanse, maintain and restore optimum colon health. Partnering with Stevan Lie, Riani started a detox clinic and organic store to complement the clinic in 2002. During the same year, the two started selling organic products in high-end market before the business eventually stretched into healthy fine-dining where the first Healthy Choice opened in South Jakarta in 2004.

Using special organic ingredients to make delicious and healthy cuisine, Healthy Choice has proven that organic food can be both healthy and tasty. This has implanted the fine dining seeds to grow in the Indonesia’s organic market. There are currently 7 organic restaurants in Jakarta and one in Surabaya.

Healthy is A Choice

With the motto “healthy is a choice”, Riani says that the presence of Healthy Choice is not only to prove that the organic food doesn’t mean sacrificing taste, “But no less important, it has always been part of our mission to educate patrons about having a healthy lifestyle.” 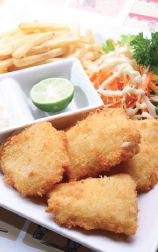 Healthy Choice Indonesia tries to empower people, especially family with children, that organic food is still tempting to eat. Children, in general, are keen on fatty meals such as french fries and spaghetti. There are a variety of entrées kids can spoil their palate as a healthy alternative to junk food; among them are Di Pasta Al Pollo (spinach & white spaghetti sauted with grilled chicken, paprika, garlic & olive oil), Fish and Chips (breaded dory fish fillet served with homemade tartar sauce, coleslaw & french fries) and Alla Bolognaise (spaghetti bolognaise with organic beef).