With the country’s improved economy, Indonesia is experiencing a growing middle class with higher purchasing power parity. Correspondingly, a number of property developers are looking to capitalize on the abundant opportunities with integrated township developments taking shape on the outskirts of larger cities, such as Jakarta and Surabaya. 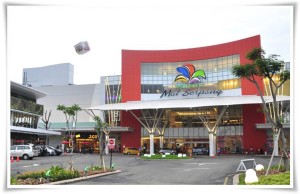 To property developers, an independent city or township is a business venture offering middle and upper class consumers an alternative to city living. For Jakarta’s cosmopolites, it is also a solution to the city’s horrendous traffic jams, although living in the suburbs means they still must commute to their places of work in the capital.

The idea behind a township development is the capability of becoming an urban setting that provides a housing estate along with various economic activities within a legitimate space.

Sharif Benyamin, director of Summarecon Serpong, said the company would construct the Da Vinci Cluster residences that comprises 180 units of landed houses and is part of its township project in Serpong. The cluster community also includes an exclusive club house, swimming pool and playground. The Da Vinci project will be launched on Aug. 4, with construction to be completed within two years.

Apart from the landed house area, a plan is also underway to build Scientia Office Park that comprises six buildings. The construction is expected to start in October of this year.

“The office building will adopt green building principles,” he said.

Meanwhile, the company’s president director Johannes Mardjuki disclosed earlier that it had secured 750 hectares in Serpong but only 240 hectares has been developed for a township consisting of 11,000 houses, 1,200 shop-houses and 900 house lots.

Summarecon Mal Serpong, one of the commercial property projects in the area, completed the second phase of its development in October last year, Johannes said.

Summarecon Bekasi has launched five housing complexes and two clusters of ruko and is planning to construct 4000 houses, 6100 apartments and 1700 office. The project is expected to be completed within the next 10 years.

According to Johannes, the first phase of Summarecon Mal Bekasi, with an area of 80,000 square meters, will be ready for operation by the second quarter of next year.

Since 1976, the property developer has developed a township area in Kelapa Gading, East Jakarta, spanning an area of 550 hectares with 30,000 houses, 2,000 shop-houses and 1,350 apartments. The township is also equipped with shopping centers including Mall Kelapa Gading and La Piazza Mall.

Situated in Cakung of East Jakarta, the 270-hectare Jakarta Garden City started its construction in March 2008. The project has been developed in phases over 15 years, targeting establishment of 7,000 middle to upper class homes, along with commercial sites such as shopping and entertainment centers, national and international schools, a hospital, office buildings, apartments and more.

“We have modeled Jakarta Garden City after the city-island state of Singapore. Other than offering high-quality modern green living in a well-structured town, we also equip the township with the comfort of modern amenities and facilities, not only for residents to enjoy, but also for various businesses to thrive,” said Lim Seng Bin, Jakarta Garden City’s president director.

Lim added that Jakarta Garden City has sold almost 1,000 landed houses, which have recently been completed under phase 1.

“Buyers are increasingly attracted by the Jakarta Garden City’s growing community and the township availability of amenities and facilities. The 3.7-hectare club house, which includes various sports facilities and a ball room that accommodates more than 500 guests, has commenced operations since August 2011,” he said.

“In addition, the shopping arcade and modern market have also been opened to the public. By mid-year the 2.4-hectare compound for a national-plus school, Sekolah Globah Mandiri, will be completed. It is only the beginning. More public facilities construction of parks, office spaces, schools and a hospital are progressively on track.”

In commenting on the local property sector, the Singaporean expressed his delight at the passing of the land acquisition bill in Indonesia, which has the potential to enhance the government’s ability to acquire land for infrastructural purposes such as roads, airports and public housing.

“With the improvements in the infrastructural landscape in general and highways in particular, there will be greater connectivity and more opportunities for property developments, especially in township projects.”

On Jakarta’s western outskirts, Bumi Serpong Damai (BSD) City commenced its township development two decades ago. Managed and developed by Sinar Mas developer and Real Estate, the township encompasses a total area of around 6,000 hectares, making it the largest independent city in Indonesia.

BSD City has developed its urban plan that includes housing estates and business and commercial properties. It is basically a city-based community that provides various types of affordable premium homes, office buildings, schools and universities, a hospital and health centers, as well as leisure facilities, ranging from shopping malls to entertainment centers.

Despite all of the well-established infrastructure as an independent city, there are still some parts of the land within the BSD City that have yet to be developed.

Two new luxury clusters, Chadna and Anantha, were launched on Sunday, May 27. Located in the Avani of BSD City, the two new clusters followed the success of four previously launched clusters that were sold out.

Ishak Chandra, managing director of Corporate Strategy and Services of Sinar Mas Land, said prices of the houses in the two clusters start from Rp 1 billion (US$105,000).

In Surabaya, property developer Intiland Development, through its subsidiary Intiland Grande, has developed Graha Famili township in the city’s western area. The company started the development of Graha Famili with luxury housing estate in 1992. Now the 350-hecatre Graha Famili houses mixed-use and high-rise projects, residential complexes, a golf course and commercial estates – some of them still in construction.

In the location not far from Spazio, Intiland is also building a hospital named National Hospital. The construction of the hospital is completing its interior with furnishings. Both Spazio and National Hospital are slated to commence operations after the post-fasting month Idul Fitri break this year.